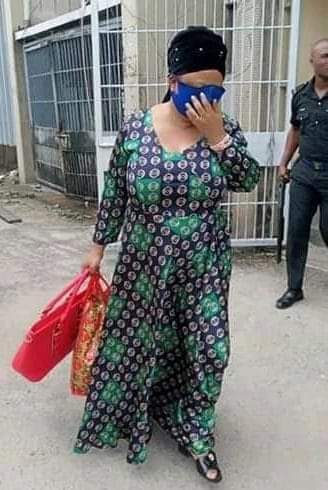 A Magistrate court in Portharcourt has sentenced a 47- year- old Nigerian woman based in the United States of America, Lois Obazi on 10- years jail term for buying 3 infants

Obazi was found guilty of child-trafficking and according to court documents, she had in 2018 disguised with a quasi-name, ‘Precious Obasi’ living around Omehia School Road, Igwuruta community in the Ikwerre Local Government Area of Rivers State to ‘buy’ three children.

The suspect was arrested in a hotel on Stadium Road, Elekahia, in Port Harcourt City Local Government Area before she was arraigned in court

She claimed that she gave birth to the three children on two different days in a maternity home at Igwuruta.

The chief magistrate noted that it was impossible for Obazi to have left overseas to return to Nigeria to deliver triplets and also nurse them in a hotel as she claimed, stressing that the prosecution counsel proved its case beyond a reasonable doubt.

Meanwhile, the defence counsel, Chris Nwadigo, said the judgment was ‘full of emotion and sentiment’, and vowed to appeal it.

‘Coming To America’ sequel to be premiered in December