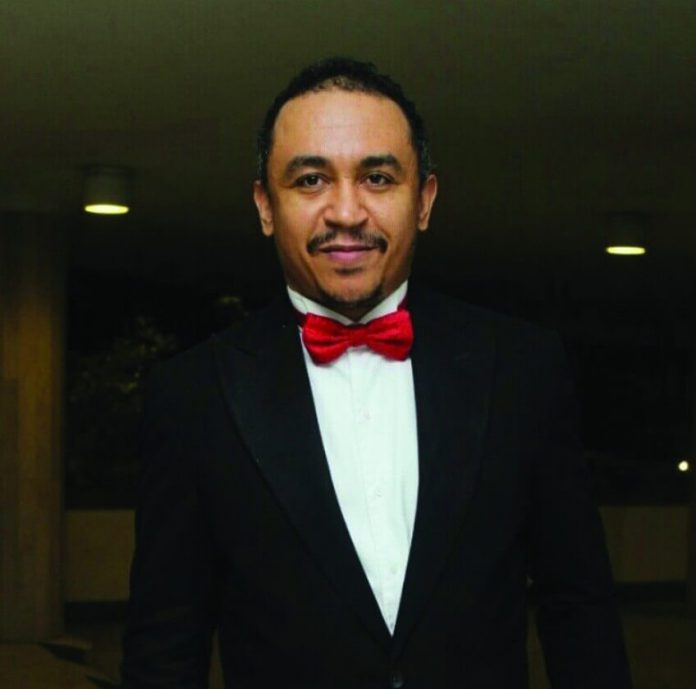 Media personality and leader of ‘Free The Sheeple’ movement, Daddy Freeze has asserted that Jesus has no meaning in Hebrew.

Daddy Freeze added that a disciple of Jesus, Peter once called him “Lucifer” which means “bringer of light”.

I declare to you today that praying in the name or title ‘Lucifer’ is more potent than praying in the name your colonial masters gave your savior.
–
Jesus has NO meaning in Hebrew, Aramaic, Greek, Latin or English, while Lucifer’ on the other hand means ‘light bringer’ as used in the original Latin scriptures quoted below, correctly translated from the Greek word ‘φωσφ?ρος’ which has the 100 percent exact same meaning as Lucifer.
–
Below, you can clearly see a well documented instance of Peter calling Christ ‘Lucifer’ in the Latin Bible and ‘φωσφ?ρος’ in the Greek Bible. The original language of the New Testament is GREEK and to properly understand scripture, you can’t neglect it.
–
The Greek and Latin bibles were written more than 1,600 years before the grossly erroneous biblical mistranslation called the King James Version was declared as the ‘Authorized Version’.
–
? 2 Peter 1:19 ?
Greek Study Bible.
κα? ?χομεν βεβαι?τερον τ?ν προφητικ?ν λ?γον, ? καλ?ς ποιε?τε προσ?χοντες ?ς λ?χν? φα?νοντι ?ν α?χμηρ? τ?π?, ?ως ο? ?μ?ρα διαυγ?σ? κα? φωσφ?ρος ?νατε?λ? ?ν τα?ς καρδ?αις ?μ?ν·
–
? 2 Peter 1:19 ?
Biblia Sacra Vulgata.
et habemus firmiorem propheticum sermonem cui bene facitis adtendentes quasi lucernae lucenti in caliginoso loco donec dies inlucescat et lucifer oriatur in cordibus vestris.

Cameroon Beat Favourite Brazil But Crash Out Of World Cup

Housekeeper allegedly beaten by her boss in Delta for ‘mistakenly breaking...