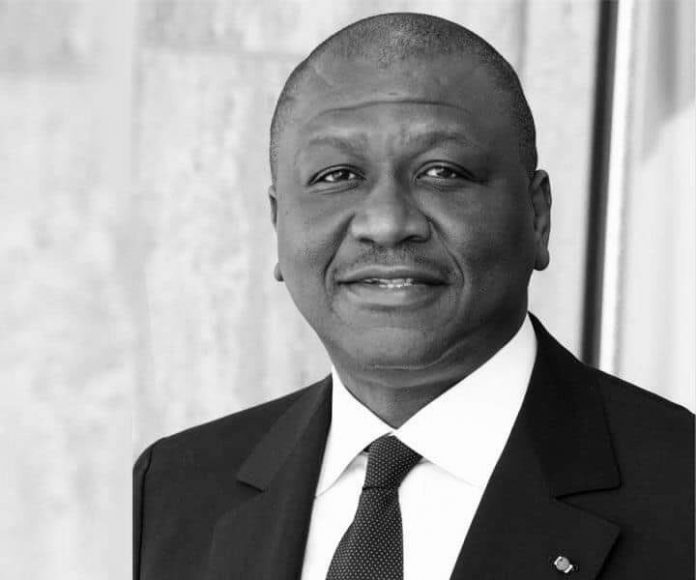 Prime Minister of Ivory Coast, Hamed Bakayoko has died of cancer in a hospital in Germany.

Bakayoko died on Wednesday, March 10 in the German city of Freiburg, where he was receiving medical treatment. His death came two days after his 56th birthday and eight months after his predecessor also passed on.

President Alassane Ouattara described Mr Bakayoko as a “great statesman, an example to young people and a man of exemplary loyalty”.

He said in a statement:

“Our country is in mourning. I have the immense sorrow to announce the death of the Prime Minister, Hamed Bakayoko, Head of Government, Minister of Defense, this Wednesday March 10, 2021, in Germany, as a result of cancer.

“I pay tribute to the Prime Minister, Hamed Bakayoko, my son and close collaborator, too soon torn from our affection.”

As a a former media executive who turned to politics, he played a prominent mediation role in Ivory Coast’s civil war during the first decade of the century.

“He was a key player in the political game and a major player in reconciliation. It’s a true shame,” Issiaka Sangare, spokesman for the opposition Ivorian Popular Front told AFP news agency.

Charly Boy hints at divorce after 45 years of marriage