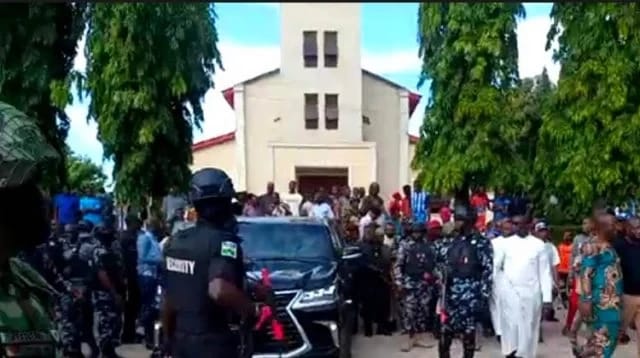 Federal Government of Nigeria disclosed that the members of the Islamic State of West Africa Province (ISWAP) are responsible for the attack on the St. Francis Catholic church in Owo, Ondo State on Sunday, June 5.

The Minister of Interior, Rauf Aregbesola, made this known while briefing state house correspondents after a meeting of the National Security Council presided over by President Muhammadu Buhari at the Presidential Villa in Abuja on Thursday, June 9.

He explained that the government had been able to locate the perpetrators of the Owo attack and zeroed in on ISWAP terrorist group.

He stated that security agencies had been directed to go after the perpetrators of the act and bring them to justice.

The minister added that there was no ethnic agenda in the attack and urged Nigerians to unite so as to defeat the terrorists.

Ministry Of Science Will Continue To Support Scientific Research – Minister