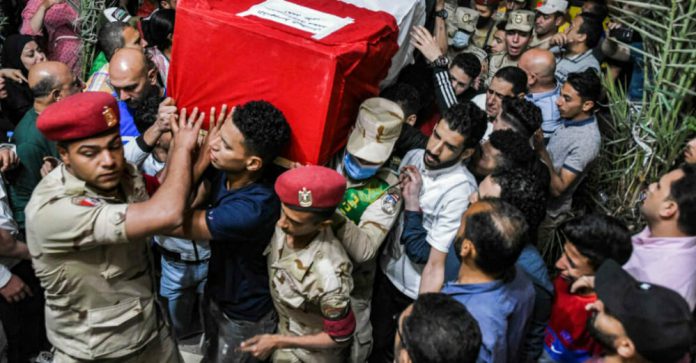 The Islamic State group on Sunday, claimed responsibility for an attack the previous day that killed 11 Egyptian soldiers in the Sinai Peninsula.

“IS fighters killed Egyptian soldiers, seized their weapons, and burnt down their position in West Sinai,” the jihadist group said on its Amaq propaganda site.

Egypt’s Sinai Peninsula has been gripped for more than a decade by an armed insurgency which peaked after the ouster of late Islamist president Mohammed Morsi in 2013.

More than a thousand suspected militants and dozens of security personnel have been killed since the start of operations, according to official figures.

The army on Saturday said 11 soldiers were killed and five others wounded in a firefight on the eastern bank of the Suez Canal abutting the Sinai.

The military said the “terrorist” attack was against a water pumping station.

“These terrorist operations will not defeat the determination of the country and the army to continue uprooting terrorism,” President Abdel Fattah al-Sisi pledged on Facebook.