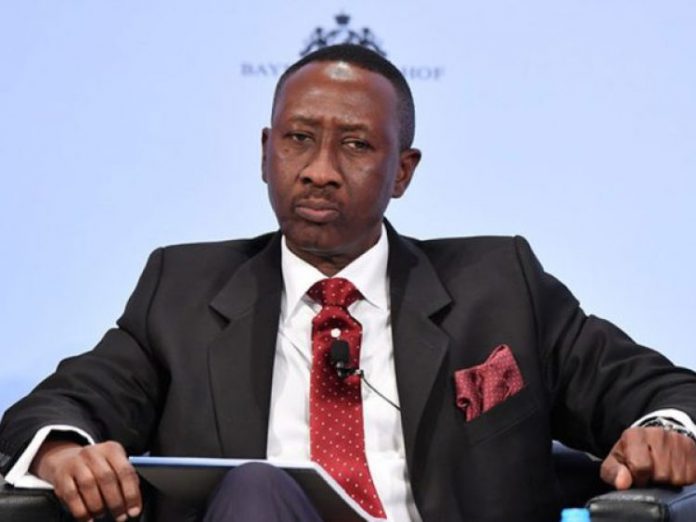 The National Security Adviser (NSA) Maj. Gen. Babagana Monguno (rtd) has accused the immediate past military service chiefs of squandering funds allocated for the purchase of arms to fight terrorists and bandits.

Speaking in a BBC Hausa service program on the issue of banditry and insecurity in the country, which was monitored by a security news platform, Monguno said even the new Service Chiefs have confirmed that they could not find anything on the ground with regards to the arms purchased for the war against insecurity.

In the audio translated from Hausa to English by security news platform (PRNigeria), Monguno defended President Buhari for providing enough resources for tackling insecurity in the country but that some of the setbacks could be blamed on the immediate service chiefs.

“It is not reluctance in handling the bandits, the President of the Federal Republic has done his utmost best by releasing huge funds for procurement of arms but they were not purchased. We couldn’t see anything on the ground. Now the President has brought in new hands who may have a different approach. I am not saying the former Service Chiefs embezzled the arms money, but it is a fact that money budgeted for that purpose has been misappropriated and no one can account for it,” said Monguno.

When asked if the misappropriation has been investigated, the NSA replied thus: “the President will surely investigate it. As I am talking to you, even the governors in their (Governors’) Forum have started complaining that billions of dollars have been allocated for security yet nothing on the ground. I can assure you that the President will not take this lightly.”

Probed further to confirm if the arms money was embezzled by the former service chiefs, Monguno said, “I can’t say for now since it is subject to investigations which will reveal the facts of the matter, but it is certain that the money has been misappropriated and they cannot be accounted for and the new service chiefs have confirmed that they haven’t seen anything on ground to justify the allocated funds. Nothing is on the ground as I am speaking to you now.”

NSA Monguno added that the president is providing all the necessary supports and encouragement for the new service chiefs to ensure they succeed in tackling the myriads of insecurity in the country.

Rapper Oladips calls out Olamide, apologizes to Wizkid; his fans