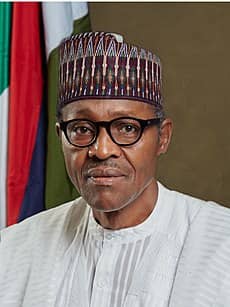 Against the backdrop of deteriorating insecurity in the country, some clerics have suggested that convocation of national dialogue has become a necessity and imminent, too.

This was as they tasked authorities to immediately engage key religious leaders across the country to brainstorm on the issue and come out with workable solutions to the problems ravaging the country.

The religious leaders operating under the aegis of Conference of Concerned Islamic Clerics (CCIC) tasked President Muhammadu Buhari to write his name in gold by correcting the anomalies while attributing some of the security problems to injustice and lack of equity to appointments and distribution of national resources to all regions of the country.

In a statement signed in Abuja by their National Coordinator, Sheik Mohammed Adamu, and National Secretary, Mallam Ibrahim Bala Nasarawa, respectively, the religious leaders who claimed that “we are lovers and supporters of President Muhammadu Buhari and we will continue to be”, however, said: “We will be doing the president and his All Progressives Congress, (APC) government in particular and the country, in general, a great disservice if we keep quiet while our country continues to burn.”

According to them: “All these security problems in Nigeria today and the new threats we have in the country today have both spiritual and physical causes that must be tackled from the same fronts.

“Against the backdrop of the deteriorating insecurity in the country, occasioned by activities of terrorists, insurgents, kidnapping, banditry, armed robbery and secessionist agitations springing from different parts of the country, we are gathered here to add our voice to the growing concerns by Nigerians on these, and to most especially offer our own spiritual advice on the way forward,” the group said in the statement.

The group further said: “While the federal government may not take our position seriously because of its usual I-don’t-care-attitude, we will still offer our advice as we view it as the quickest way to get out of the carnage staring us in the face.”

“We are lovers and supporters of President Muhammadu Buhari and we will continue to be. However we will be doing the president and his All Progressives Congress, APC Government in particular and the country, in general, a great disservice if we keep quiet while our country continues to burn,” it reiterated, adding: “First, we wish to state that all these security problems in Nigeria today and the new threat we have in the country today have both spiritual and physical causes that must be tackled from the same fronts.”

“We will not hesitate to state that the security problem today was caused by failures of governments at all levels.

“Besides, the lack of justice and equity to all regions across the country no doubt fueled the problem,” the group claimed, added: “We strongly believe that if immediate attention is giving to our suggestions, Nigeria will be peaceful again.”

“We suggest that there should be an immediate convocation of a three-day national prayer for peace and unity of Nigeria.

“We appeal to Mr. President to deliberately and urgently address the issue of injustice and lack of equity in the distribution of appointments especially against the Igbo people of South East in his government.

“The legitimate agitation for inclusion of Igbo in appointments of service chiefs in the country by some Nigerians should be taken seriously given that on two consecutive times in this administration, the ethnic group known for its great and immense contributions to economic growth and development of the country has been sidelined,” the group said.

According to them,” This agitations, we strongly believe, is genuine and will go a long way in addressing so many challenges confronting the country.”

“We, therefore, appeal to our dear president to ignore naysayers and go ahead to restructure the security apparatus to include Igbos,” the statement said.

It read further:” The federal and state governments should Convoke an urgent national dialogue meeting across all states of the federation to include the elders, women, and youths with the sole aim of deescalating the looming danger in the country.

“We enjoin authorities to engage key religious leaders across all religions and appeal to them to preach messages of peace, hope, and one Nigeria in their various places of worship.

“Mr. President should effectively equip security agencies to the teeth to enable them to face the current threats to security and unity of the country.

“We wish to also state that Mr. President must empower the security agencies to go all out into our forests and dislodge the criminal militia herdsmen in the there.

“Finally, and most especially, Mr. President must prioritize the issue of justice and fairness to all regions across the country.

“As a body, we enjoin the president to take our advice very seriously with a view to ending insecurity in the country as we fear that Nigeria may not return to the path of peace now if these issues tearing it apart are not immediately addressed.”