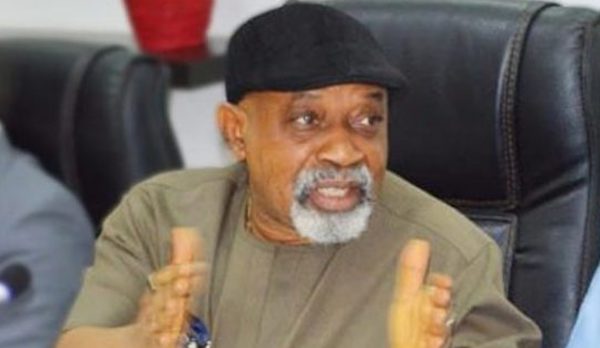 The Federal Government met the leadership of the Academic Staff Union of Universities (ASUU) over the union’s threat to embark on a fresh strike.

According to a statement issued by the Director of Press and Public Relations in the Ministry of Labour and Employment, Charles Akpan, on Monday, the meeting was convened by the minister in charge of the ministry, Chris Ngige, to evaluate the implementation of the agreement signed by both parties last year.

It should be recalled that ASUU suspended its nine-month strike on December 5, 2020.

The university lecturers are demanding improved conditions in the institutions and their exclusion from the Integrated Payroll and Personnel Information System (IPPIS), among others.

ASUU had a few weeks ago threatened to resume the strike over the federal government’s alleged failure to honour the agreement.

Ngige said the meeting evaluated seven key issues, with both parties expressing satisfaction with the implementation stages of the agreement.

He explained that the National Information Technology Development Agency (NITDA) has been directed to expedite action on the integrity test on the University Transparency Accountability Solution (UTAS) proposed by the university lecturers.

The minister disclosed that the government had also paid the sum of N30billion as the University Revitalization Fund as contained in the agreement since January.