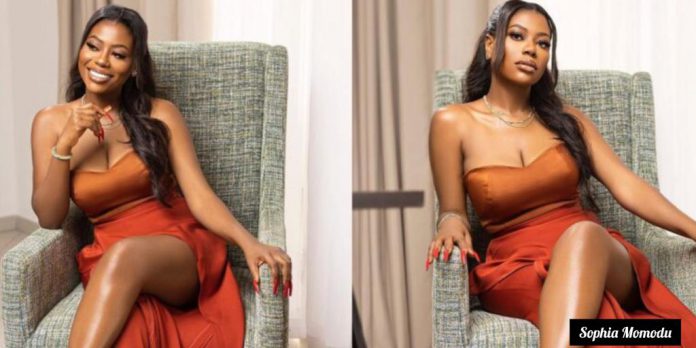 Singer Davido’s baby mama, Sophia Momodu, has taken to her social media page to write that she’s now living life on her own terms.

The mother of one, who returned to Instagram on Tuesday, November 29, after keeping a low profile on social media since the death of Davido’s son, Ifeanyi, made this statement while sharing new photos of herself.

It would be recalled that, Ifeanyi Davido’s son with his fiancée, Chioma, died on Monday night, October 31, and a check on Sophia’s page shows the last time she posted on her page until today was that Monday, moments before the sad incident.

However, Sophia recently returned to Instagram, where she posted stunning photos of herself and declared that she is living life on her own terms.

Her words, “Intentionally living life on my own terms 💞 •peace •grace •gratitude ✨”.

Ghana to Deport another Batch of Nigerians over Illegal Stay