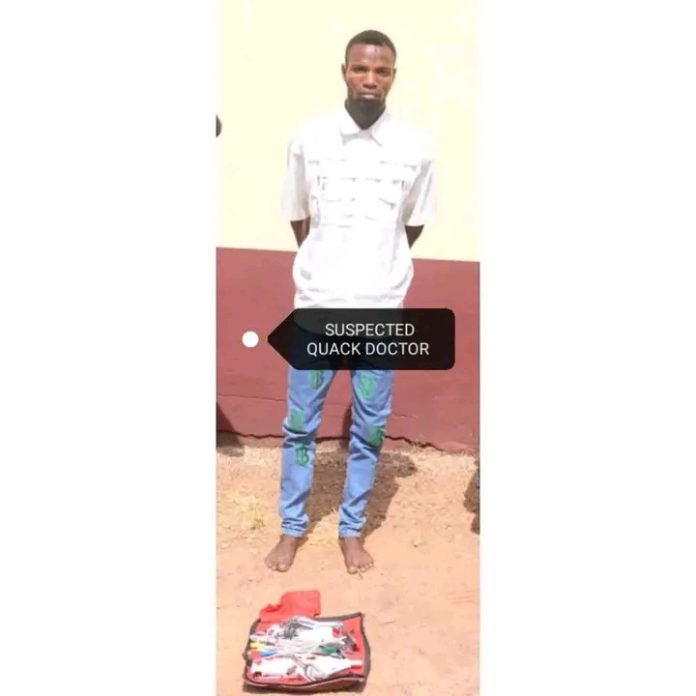 A 31-year-old man identified as Mr Olalekan Rabiu has been arrested by Operatives of the Ondo State Police Command for parading himself as a medical doctor and operating an illegal hospital.

The suspect who has been practising and parading as the CMD of Iremide Private Hospital, Orita Ojo in Odigbo Local Government Area of the state, was arrested after a failed Caesarean Section on a pregnant woman in the hospital.

According to a press release by the state Commissioner of Police, Mr Oyediran Oyeyemi, on Friday, December 23, Rabiu was arrested by a team of special intervention squad when the report of unprofessionalism was reported against him.

According to the CP, the suspect carried out a Caesarean surgery on a pregnant woman who was later rushed to Mother and Child Hospital due to excessive bl££ding from her private part.