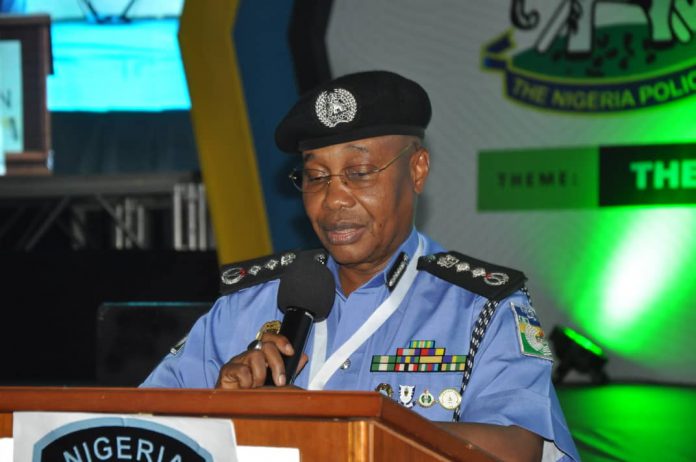 The Inspector-General of Police, IGP Usman Alkali Baba has expressed dismay at the flagrant violation of the approved Nigeria Police Force dress code by officers on patrol and guard, stop and search, and other routine police operations; who have formed the habit of wearing t-shirts and face caps with “Special Forces”, “Commando”, “Gallant MOPOL”, “SCORPION”, and other inscriptions while on duty. Premised on this, the IGP has ordered an immediate ban on such unapproved apparel.

A statement signed by Ag. Force Public Relations Officer, CSP Olumuyiwa Adejobi said the IGP described it as unacceptable, the use of unapproved apparel noting that uniforms, which is a means of identification, has been abused by these officers who engage in improper dressing.

He equally decries the fear this unwholesome practice creates in the minds of innocent Nigerians.

The IGP, therefore, ordered that henceforth, all police officers detailed for patrol, stop and search, checkpoint, and other routine operational duties must be in approved uniforms for easy identification.

Consequently, the IGP has ordered all Police disciplinary units, particularly the Force Provost Marshal, the IGP X-Squad and the Monitoring Unit to ensure the strict enforcement of the directive with severe sanctions for erring officers.

The IGP has equally warned that all supervisory officers would be held vicariously liable in the event that personnel under their command violate this order.

The Inspector-General of Police has assured well-meaning members of the public that the Force leadership is committed to promoting strategic police reforms geared at sanitizing operational engagements, and bequeathing to the nation a professional policing system as required.

Chelsea close to signing Christopher Nkunku for around €70m’ from RB...