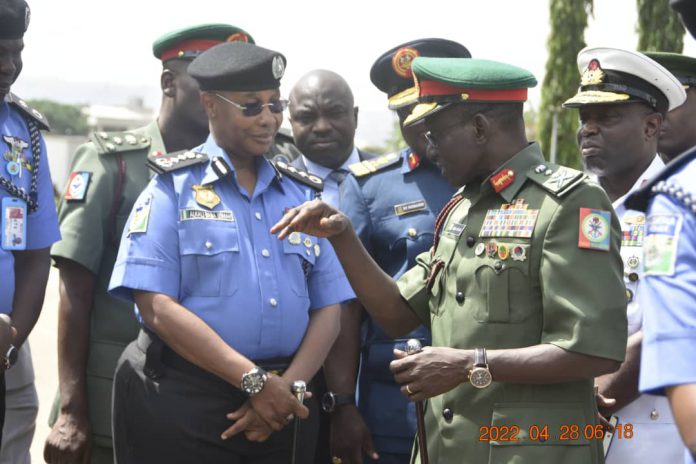 The Chief of Defence Staff, General Leo Irabor has pronounced and reaffirmed that IGP Usman Alkali Baba, has performed credibly well during his one year in office as the 21st Indigenous Inspector-General of Police.

Force Public Relations Officer, CSP Olumuyiwa Adejobi in a statement said the CDS made the declaration at the Police Force Headquarters, during his visit, noted that the call was necessitated by the quest to escalate synergy between security agencies in Nigeria.

In his remarks, the Inspector-General of Police described as historic, the visit of the Chief of Defence Staff.

He assured of the Force’s readiness to strengthen partnerships with other security agencies in securing the country.

The IGP further stated that the Police under his leadership is poised to carry out its core mandate of maintaining and enforcing law, order and public safety, as well as other constitutional mandates such as the involvement in military duties as may be directed by the President.

He said the police have been actively involved in such operations in the North-East, North-West, North-Central, and other parts of the country.

The highlight of the visit was a tour of some critical facilities within the Force Headquarters, such as the Police Hall of Fame, Police Museum, Technical Intelligence Unit lab, the National Command and Control Centre (NPF-C4i), and the Police Crime and Data Centre, amongst others.