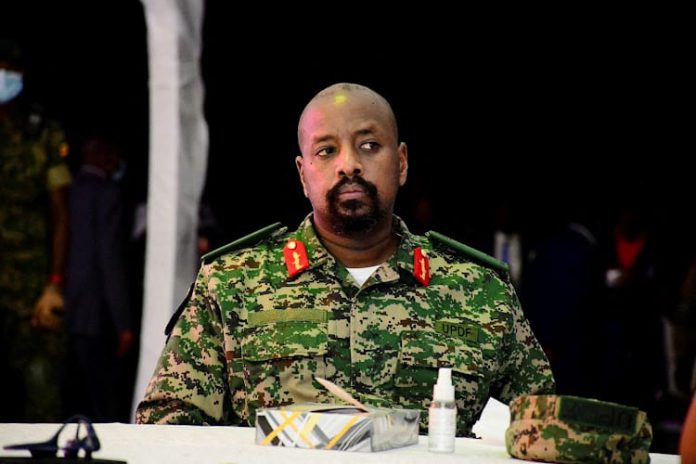 Ugandan General Muhoozi Kainerugaba asserted that he will be the President of Uganda one day.

Speaking on Wednesday, the General said that his fortune only favours children of God and he is one.

“Fortune favours the sons of God! I will be President of Uganda one day,” he tweeted.

This comes a few months after Muhoozi said that being president of the Republic of Uganda would be the best way to appreciate his mother.

“The only way I can re-pay my great mother is by being President of Uganda! And I shall do it!” he said.

Muhoozi has previously expressed confidence that the opposition under musician-cum politician Robert Kyagulanyi alias Bobi Wine will never lead the country upon his father’s retirement.

Uganda will go to the polls in 2026 to elect a new president. Museveni has ruled the country since he ascended to power in 1978.

“To the Ugandan opposition, after my father, I will defeat you badly in any election. Ugandans love me more than they’ll ever love you,” Muhoozi said last year.

Eskom to offer staff incentives for keeping the lights on