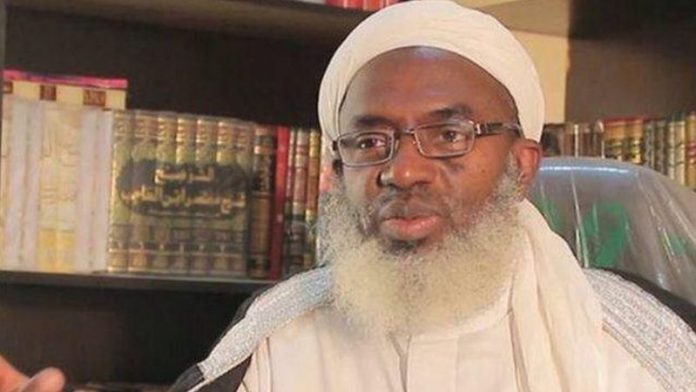 Controversial Islamic cleric based in Kaduna, Sheikh Dr Ahmad Abubakar Gumi has denied media reports that he was never invited nor arrested by the Department of State Services (DSS) over recent comments on AriseNews Television alleging that the Nigerian military connives with bandits in their operations.

Gumi in a statement posted on his verified Facebook page said he had received nonstop calls from all over the globe asking whether he was interrogated or detained by the secret police.

Recall that social media was awash with a news report that he was invited and arrested by the DSS in Kaduna State. The cleric who has been at the forefront championing for an amnesty for bandits in the past weeks going to forests to negotiate with them.

The statement reads: “Let it be clear. Nothing of that happened.

“I have a good working relationship with all the security outfits, and I didn’t meet any bandit in the forests we visited without the presence of the security men, state officials, representatives of traditional rulers, and Fulani Ardos.

“And we continue to discuss and have interactions directly or through representatives with all these institutions.

“So people should be rest assured that there is no conflict of any sort and we will continue to cooperate to see that peace has prevailed in this dear nation.

“May Allah continues to protect us all. Amin.”