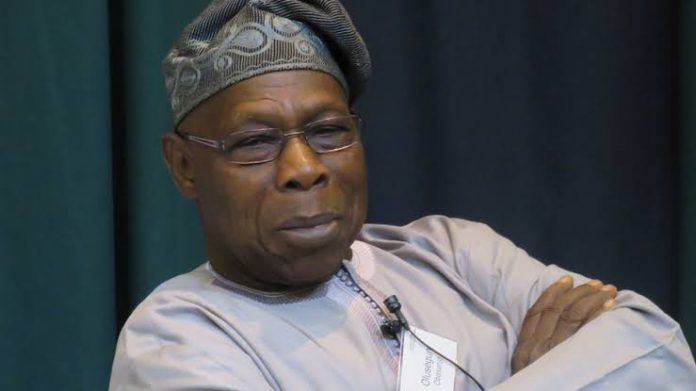 Following the recent controversy that trailed his condolence message as regards the passing away of Buruji Kashamu, Nigeria’s former President Olusegun Obasanjo has fired back at his critics saying, ‘it is okay for people to mourn every death but that the living including himself, must draw the right lessons from the lives of those who have died.”

According to Obasanjo, the late Kashamu was wanted in the United States of America for alleged drug offences, was able to escape justice but could not evade death, this paved way for criticism.

All of these, he has addressed in a recent interview with Premium Times. The former President said it is okay for people to mourn every death but that the living including himself, must draw the right lessons from the lives of those who have died.

He said; “when I was growing up, in our community, when anyone known with bad character died, we usually only mourn him and bury him. No eulogy. No praise-singing.

“There is an English saying that urges us never to talk ill of the dead. But in this case, we are not talking ill of the dead. We are only drawing lessons from the life and history of the dead. I am not gloating over his death. It is sad for anyone to die and we must mourn him.

“But we must learn from such a passage. There will be bad lessons. There will be good lessons. But we should not just be praise-singing or eulogising the dead, especially when there is no need to do so. We should not cover up bad histories and conducts so that the right lessons can be learnt.”

Obasanjo added that he does not care about what people would say about him when he dies because he had said the right thing about Kashamu.

The former President added; “as you know, I say my mind as truthfully as I know them and in line with my convictions. People are free to say whatever they want about my comment. I don’t begrudge people for holding opinions on whatever I say or do.

Newlywed Couple spend the night in a Stadium for breaking COVID-19...

CBN struggles to save Naira as External reserves lost $610m