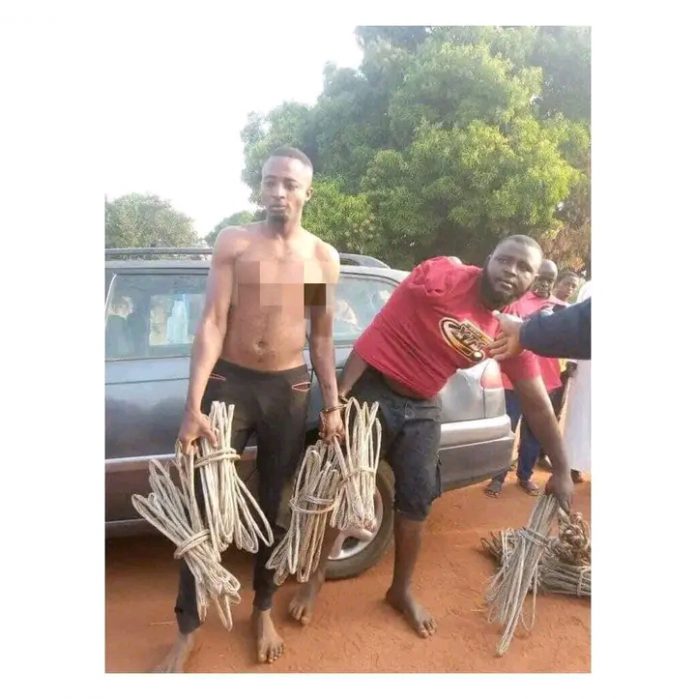 Two men have been arrested by vigilante at Okpachala, Idah LG area of Kogi state for stealing of aluminium cable meant for community electricity.

It is reported that one of the suspects explained that it was because of a lady he promised to buy Christmas clothes that pushed him to the commit the act, while his second blamed devil.

However, they’ve both been handed over to the police.