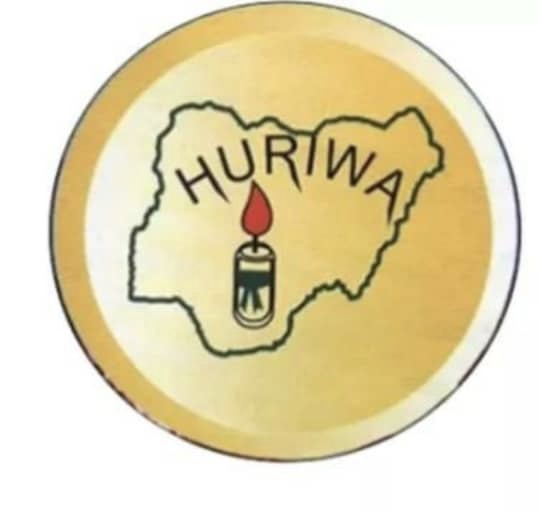 Human Rights Writers Association of Nigeria (HURIWA) has called for the immediate dismissal, arrest, and prosecution of the Chairman, Code of Conduct Tribunal (CCT) Danladi Umar for the disgraceful conduct he displayed at BANEX Plaza, Wuse 2 Abuja yesterday where he was caught on camera allegedly beating up mercilessly a security guard who was only doing his job by telling him not to park on a reserved parking space.

The Rights group said the misconduct of this so-called public officer has shown that he lacks the comportment, decorum, decency, the discipline that is required for such a high office of the law.

“We hereby call on the Secretary to the Government of the Federation, Boss Mustapha to sack Danladi Umar without wasting any time except if this government is reckless, rascally, unruly, and lawless, then the unruly character that embodies the soul of the government can continue to be there in the office.

“We urge the members of the civil rights advocacy community in Nigeria to provide pro-bono legal services for this citizen that was beaten blue and black by a man who ought not to behave like a wrestling thug,” it said.

A statement signed in Abuja by the National Coordinator, Emmanuel Onwubiko, HURIWA noted that this was the same character that was used by President Muhammadu Buhari and he was unusually manipulated, brainwashed, and instigated to unlawfully issue an exparte order (A Kangaroo/ Jankara market injunction) that pronounced unconstitutionally the removal of only substantive Chief of Justice of Nigeria, (CJN) to have come from southern Nigeria in the last 30 years-Justice Walter Samuel Onnoghen.

The group maintained that it condemned the reckless issuance of a press statement by Danladi Umar in which he was quoted to have called those who witnessed the scene of his public show of brute force against an innocent Nigerian as Biafran boys which showed that he is a bigot or that he knows something most Nigerians do not know- that is, that he may have as well passed another night time experts order creating his imaginary “Biafran Republic” for him to know the citizens of his utopian creation.

“We want the federal government to arrest Danladi and prosecute him on the ground of treason for him to have pronounced the Nigerian citizens Biafran boys because he may have been procured to issue an illegal exparte order creating Biafran republic.

After all, he has the habit of the recklessness of issuing frivolous orders from his chambers.
The Chairman of the Code of Conduct Tribunal (CCT) Umar Danladi, has been caught on camera physically assaulting a security guard at Banex Plaza in Wuse, Abuja.

It would be recalled that in a five-minute video that has gone viral online, Mr. Danlandi was seen slapping and kicking the yet-to-be-identified security guard, while police officers suspected to be attached to him were trying to restrain him from attacking the guard.

The crowd around the scene was heard shouting “Go away, go away, oga go inside your car, respect yourself. A plastic bottle was seen hauled at his vehicle while the policemen were struggling to calm Mr. Danlandi.

The voice from the person filming the scene was heard saying “You are not the most powerful person here, they will beat you here”.
The voice also said in the video clip that the mirror of Mr. Danladi’s black sport utility vehicle SUV was smashed.

The CCT chairman was eventually pulled back into his vehicle by the policemen. But as the vehicle was leaving the premises, the gate was shut. The vehicle, which had others in its front, was trying to find its way out of the premises when the video ended.