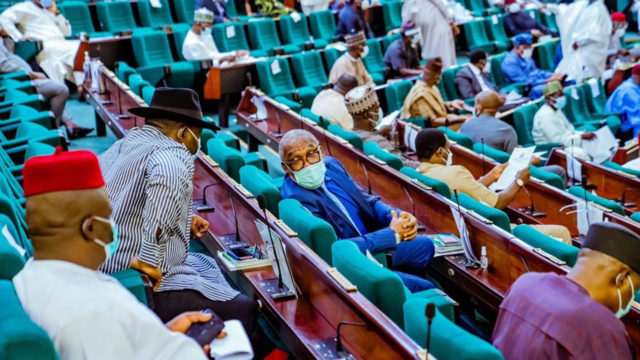 A member of the House of Representative in Nigeria, Simon Karu disclosed that the monthly pay of each member in the lower legislative chamber is up to N9.3 million.

He said this on Thursday, October 1, while speaking at an event organised to mark Nigeria’s 60th anniversary.

Karu, who represents Kaltungo/Shongom federal constituency, however explained that many lawmakers share the money to their constituents.

“Those of you who know, know that I said exactly what it is. The problem is what the constituents demand and when you don’t meet they begin to call you names.”

“Just before I walked to the stage I received three emails from my constituents demanding for money and demanding for jobs, when you don’t respond, it becomes an issue.”

Meanwhile, the salary collected by federal lawmakers in Nigeria has been a controversial issue and has pitched the population against the lawmakers on many occasions.

However, Ossai Nicholas Ossai, who chairs the House Committee on Treaties and Protocols has found fault regarding the claim brought up by his colleague.