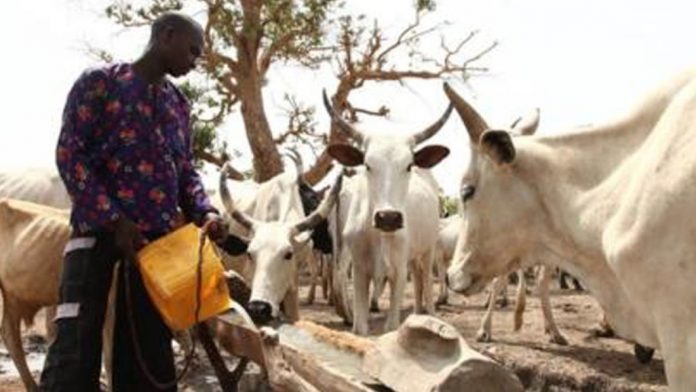 Herdsmen have reportedly killed two butchers at Ajadusi Community along Ala Town in Akure North Local Council of Ondo State.

According to The Guardian, the deceased were among four butchers, who were allegedly lured into forest by suspected herdsmen on Monday afternoon, and macheted to death, while their boss, Musibau Abdulaziz, is still at large.

One of the butchers, Nasiru Jamiu, who sells at Akure metropolis, but escaped the assaults with machete cuts and bruises, told The Guardian that they were lured to buy cows by the herdsmen.

He said: “The Fulani people that used to sell cows to my boss called him to come and buy cows. Though he had been selling cows to him before, it had been long before they both transacted business.

“We first went to the place on Saturday, but the place was a long journey and my boss asked us to come back because he did not feel like going. The guy kept disturbing him and convinced him that they would bring the cows to a nearby place.

“So, when he was called yesterday, they told us that some people would come and meet us at Ala Town, before we would proceed to where the cows were kept.

“On getting to Ala, they took us to where the cows were and asked us to park our vehicles, so that they could move the cows to the main road. They entered the bush, while four of us were waiting beside the vehicle.

“Surprisingly, they returned with guns and started shooting into the air. They kidnapped my boss and took him inside the bush. Three of us left and tried to run for our lives, but I was macheted, I fell and pretended as if I had died.

“When I realised that no one was there again, I stood up and ran around the bush. It was only my boss that I saw that was kidnapped, but I don’t know the whereabouts of the other two till now.

Maybe they later kidnapped them too, we are not certain.”

However, in the most recent development, two corpses of the victims, identified as Maruf and Abdulakeem, were recovered yesterday in the bush by the State Police Command, which has since deployed its personnel to arrest the culprits and free the victims.

“Two of the three butchers have been killed. Their bodies were found in Tafa camp within the Ala Forest Reserve by our men, while searching and combing the bush after we were alerted about the abduction.

“Those who perpetrated the act have called the unit, to which the butchers belong, that the remaining butcher is still with them and alive.”

“One of the butchers, who was macheted, was found groaning in pain at the camp when police came to the scene. The victim was rushed to the General Hospital for treatment and later taken to Police hospital Akure for further treatment and he is recuperating.”

IGP announces the Suspension of Tinted Vehicle Windscreens in Nigeria