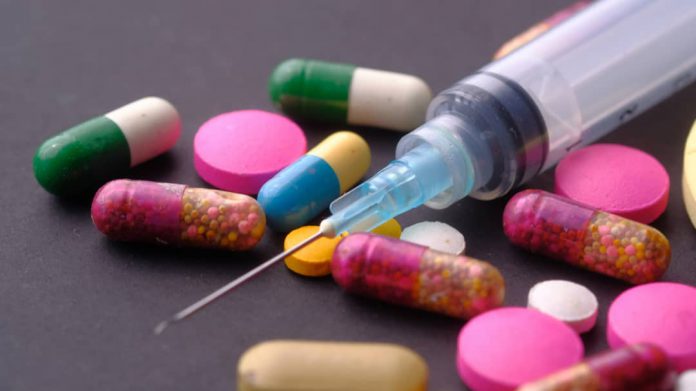 Public health experts and anti-substance abuse campaigners have warned of the dangers of drug abuse on the occasion of the International Day Against Drug Abuse and Illicit Trafficking.

They also cautioned Nigerians, especially food vendors, to desist from the practice of using paracetamol as a tenderiser in cooking meat and beans, saying it can cause kidney and liver failure.

While referring to the recent killing of Super TV CEO, Usifo Ataga by 21-year-old Chidinma Ojukwu under the influence of hard drugs and alcohol, the experts listed commonly abused drugs in Nigeria to include cannabis, cocaine, Rohypnol (roofies), tramadol, amphetamine, heroin, diazepam, codeine and cough syrup.

They spoke in Abuja at the weekend at the Third Scientific Week and commemoration of the 2021 International Day Against Drug Abuse and Illicit Trafficking, with the theme ‘Share Facts On Drugs, Save Lives’.

A statement signed by Yomi Odunuga, Special Adviser, Media and Publicity to the Deputy President of the Senate said the event was organised by the Association of Hospital and Administrative Pharmacists of Nigeria (AHAPN), Abuja Branch.

In his remarks, Pharmacist Igbuzor who chaired the event expressed worry that the rate of drug abuse in Nigeria is about thrice the global average of 5.3 per cent.

He harped on the need to share research findings, evidence-based data and life-saving facts to combat the menace of drug abuse.

His words: “Statistics show that drug abuse affects the youth more as 70 per cent of drug abusers in Nigeria are youth. The facts are chilling. A study by the United Nations Office on Drugs and Crime (UNODC) in 2018 indicated that 14.4 per cent or 14.3 million people aged 15 and 64 years in Nigerian abuse drugs. This is very high compared to the global annual prevalence of 5.6 per cent. The drugs mostly abused are cannabis, opioids (tramadol, codeine or morphine) and cough syrups containing codeine.

“There is no doubt that drug abuse and illicit trafficking continue to have a profoundly negative impact on socio-economic development and stability of communities across the world. In Nigeria, the increased incidence of armed banditry, terrorism and murder are associated with drugs.

“From all indication, a solid basis for global solutions to these challenges lies with the drug, crime and corruption conventions of the United Nations and drug policies of various countries. The conventions and policies offer a balanced approach to halting trafficking, promoting viable alternatives to farmers of illicit crops and offer drug users their health and human rights”.

In his keynote address, the Chairman and Chief Executive Officer of the National Drug Law Enforcement Agency (NDLEA), Brig. Gen. Mohammed Buba Marwa (rtd), lamented that 90 per cent of criminalities in Nigeria is linked to drug abuse and illicit trafficking.

The former Military Administrator of Lagos State solicited the support of everyone in tackling the menace.

The phenomenon of drug abuse has reached a worrisome level, he noted, stressing that it will require collective effort to combat the menace.

Represented by Mrs Chizoba Etuka, Marwa highlighted the dangers of drug abuse to include incapacitation of the workforce of organisations, ruining of communities and societies, the disintegration of families among others.

He lamented that it has also given rise to all types of crimes such as insurgency, terrorism. banditry, kidnapping, rape and violent extremism.

“The dynamism of the drug problem has made it imperative for us to continue to deepen our knowledge and understanding of this deleterious conundrum. In this regard, sharing facts about drug abuse and illicit trafficking in narcotics, as captured by this year’s theme, will go a long way in shedding some light on hitherto hidden factors that aid predisposition to substance abuse, especially the question of new psychoactive substances.

“It needs to be stressed that the far-reaching implications of substance abuse in our society should not be underestimated. It is seriously touching the roots of our society, it ruins the lives of our young children, it influences criminal activities, contributes to the spread of sexually transmitted infections including HIV/AIDS, health consequences, poverty, domestic violence and other forms of violence and in fact every facet of our society and necessitates our urgent attention.

“What is even more frightening is the fact that our children are at the forefront of drug abuse. Without any doubt, the phenomenon of substance abuse has reached alarming levels. There is no reason to believe that this problem will be resolved or contained in the near future if we do not take collective action now. We have to act with determination now to put an end to substance abuse and illicit drug trafficking. The business of fighting against drugs and crime needs to become the priority on the mind of every Nigerian,” he said.

On his part, Dr Danraka warned against abuse of Rohypnol also known as roofies, date rape drug, forget me drug among others.

He also decried what he called a ‘chaotic distribution system’ where hawkers and unlicensed patent medicine vendors dispense drugs to citizens, even as he warned against cooking with Paracetamol.

The public health expert explained that even though Rohypnol is used for controlling depression and calming down over-excited people, individuals abuse it by combining it with other substances.

“The complications of drug abuse is that most of the victims tell you one thing but when you assess and evaluate it, it is another. It is not only Rohypnol that can give you that kind of reaction; it is a cocktail. Rohypnol is not the problem. It is what they use in conjunction with Rohypnol they use a cocktail of agents: LSDs, tramadol in high doses.

“Some studies have shown how food vendors are using a high dose of Paracetamol to hasten commercial cooking. The danger is that you are killing your kidney at a higher rate. Because the ultimate effect is that we are now having higher cases of kidney and renal failures as a result of these consumptions,” he said.