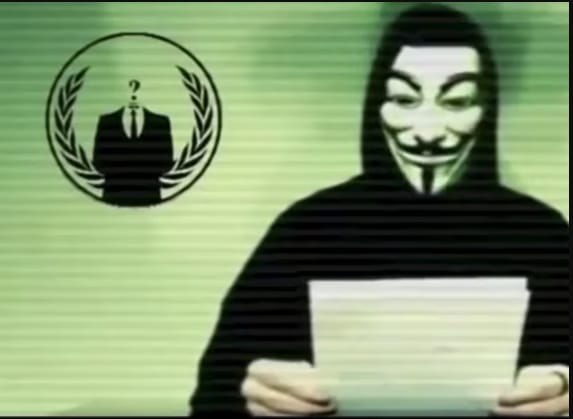 Hacking group Anonymous has claimed to have released personal data of 120,000 Russian soldiers fighting in Ukraine.

The collective had declared ‘cyber war against the Russian government’ days after Putin’s invasion of Ukraine began.

It was gathered that these details include dates of birth, names, home addresses and passport numbers.

The hacking group said: ‘All soldiers participating in the invasion of Ukraine should be subjected to a war crime tribunal.’

It comes after Russia’s attack on Ukraine and its civilians was described as ‘genocide’ by President Volodymyr Zelensky.

A recorded message was sent to President Putin featuring videos and images of the invasion from news outlets in the background days after the war began, Unilad reported.

In the footage, a spokesperson said: ‘This is a message to Vladimir Putin, from Anonymous.

‘Mr. Putin. The ongoing invasion of Ukraine has shown that your regime has no respect for human rights or the self-determination of your neighbours.’

Anonymous called Putin the ‘instigator’ of violence, referring to the killing of innocent people.

‘Members of Anonymous have declared cyber war against your aggressive regime soon you will feel the full wrath of the world’s hackers,’ it added.

Man arrested in Zabzugu on suspicion of being a terrorist

Police establish Conspiracy in the Murder of Super TV Boss