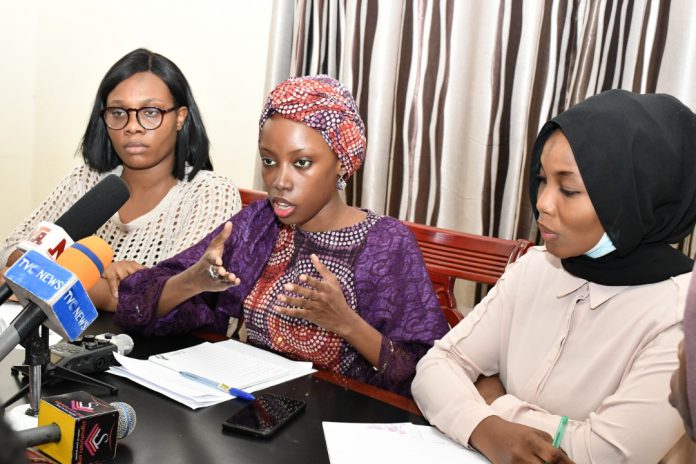 The campaign, funded by MacArthur Foundation through the Penlight Centre for New Media and Innovation, was designed by Image Merchants Promotions (IMPR) Limited and will involve a session of media engagements to be led and facilitated by the Team Lead and Campaign Anchor of FAIRER, Zubaida Bala Ibrahim, Chiamaka Asuozu Glory.

Addressing a press conference on Monday in Abuja, Zubaida Ibrahim, said the FAIRER campaign, which is female-led advocacy for inter-ethnic relationships is aimed at harnessing the values that unite Nigerians more than what divides, through coordinated media narratives and media actions for fostering peaceful coexistence and national unity which will be targeted at the youth, women, religious leaders and the government.

She said: “This campaign is not only aimed at national unity and security but to sustain it through bringing our targets attention to the positive aspects of the various ethnicities in Nigeria through opinion articles that we have already been writing and has been getting the needed attention, peace journalism, engaging in dialogue and social media counter-narratives.

“The sustenance will be aided through long-term partnerships with relevant organizations and stakeholders with monthly evaluations.”

According to the Team Lead of FAIRER, inter-ethnic conflicts have been the backbone of security challenges, unemployment, the inadequacy of basic amenities, poor healthcare system, bribery and corruption.

“So the main goal of our the campaign is to address some of these challenges through creating systems for an inter-ethnic relationship, harmony and peaceful coexistence.”

In his goodwill remark, Mallam Jaafar Jaafar of the Penlight Centre and publisher of Daily Nigerian expressed satisfaction with the efforts of the female campaigners, saying FAIRER’s media crusade will greatly promote harmonious coexistence in the country.

Speaking through his Editorial Staff, Safiya Bello, Mallam Jaafar Jaafar said the initial campaign would be monitored and supported by the Centre through a recent grant from Mac Arthur Foundation.

Nnamdi Kanu to appear in court May 18, Defence counsel discloses

40 African heads of state expected in Brussels for EU Summit