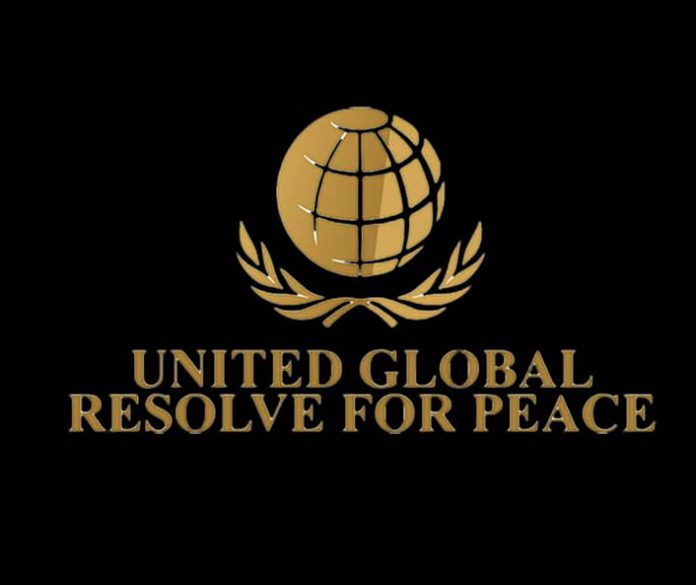 A non-governmental organisation, United Global Resolve For Peace (UGRFP) has filed a lawsuit at the Federal High Court, Abuja seeking the declaratory orders on stamp duty levy and electronic transfer levy by the Nigerian banking sector.

In the suit number: FHC/ABJ/CS/95/2022, the group said it sought to earn a judicial reprieve against the plethora of charges and deductions in credit and debit transactions of account holders that have become the norm against the spirit and letters of extant laws and best practices in the banking sector.

The statement reads: ”
The UNITED GLOBAL RESOLVE FOR PEACE (UGRFP) has filed a lawsuit before the Federal High Court, Abuja seeking declaratory orders against regulators and stakeholders in the Nigerian Banking Industry in a bid to earn judicial reprieve against the plethora of charges and deductions in credit and debit transactions of account holders that have become the norm against the spirit and letters of extant laws and best practices in the banking sector.

“The introduction of Stamp Duty and Electronic Transfer Levies with such arbitral non-caveat by banks under the direction of the CBN and other regulators in the industry has only served to compound the woes of depositors.

“UGRFP is contending the justification of these levies and in particular dispute the nature of the Stamp Duty and Electronic Transfer Levy which has been hijacked and manipulated to the disadvantage of payers and recipients, with a recurrence that lacks statutory backing.

“In line with the organisation’s policy direction, therefore, we’ve joined the FEDERAL INLAND REVENUE SERVICES; NIGERIAN POSTAL SERVICE; CENTRAL BANK OF NIGERIA; ACCOUNTANT GENERAL OF THE FEDERATION; and the ATTORNEY-GENERAL OF THE FEDERATION as CO-DEFENDANTS in a matter seeking judicial intervention at the Federal High Court, Abuja.

“In the suit number: FHC/ABJ/CS/95/2022 filed at the Federal High Court, Abuja, UGRFP is seeking declaratory orders from the court that the ₦50 Electronic Money Transfer Levy levied from both depositors and the recipients is illegal, null and void, and further that the ₦50 Electronic Money Transfer Levy is only chargeable once when there’s an aggregate inflow of ₦10,000 in a bank account and not a repeated charge on every inflow of ₦10,000 or more on an account, and that same is only chargeable on the recipient’s account and not the payer’s account.

“UGRFP is also seeking an order of the court that the tax imposed under section 89A (2) of the Stamp Duties Act as amended is not a mandatory imposition but an optional one, thus records of all deductions in the name of Stamp Duty or Electronic Transfer Levy made on payers and recipient’s account between January 13th, 2020 and December 31st, 2021 be made known and same refunded to depositors.

“In the same vein, we will be praying the court to order the relevant defendants to refund to the accounts of depositors from whom the charge of ₦50 Stamp Duties Charge on electronic transactions was deducted between January 13, 2020, and December 31, 2020, and an ancillary order from the court directing the Defendants to refund to the account of depositors from whom the charge of ₦50 Electronic Money Transfer Levy has been deducted since January 1, 2021, up till the time of delivery of Judgement, and these amongst other orders deemed appropriate by the court toward putting an end to the exploitative connivance of banks and regulators against depositors’ deposits.

“The UNITED GLOBAL RESOLVE FOR PEACE believes that the constitution and relevant extant laws on banking and finance do not exist to finesse depositors of their savings/deposits, and further argue that the continuation of such incredulous charges can negatively impact trust in the banking sector and diminish efforts to bank the unbanked. We hold that deductions made discriminately and with such occurrence entrench banking apathy depletes the public’s confidence in banks and the industry’s regulators while causing misery and reduction of public liquidity.

“The UNITED GLOBAL RESOLVE FOR PEACE (UGRFP) is thus seized of public dissonance and disquiet over the foregoing and, having now approached a court of competent jurisdiction, will be leaning on the court’s wisdom to introduce much-needed reform in Nigeria’s Banking Industry. While this matter tarries in the court’s audience, we invite the general public to take more than a cursory interest in it and join the conversation with the necessary caution of not pre-empting the court with the matter currently being sub-judice.”

Olaseni, however, added that notice of the hearing will subsequently be made known to the public.

Ex-Honduran Lawmaker Wanted By US For Cocaine Trafficking Captured