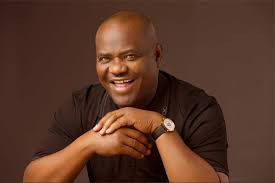 The Governor of Rivers State, Nyesom Wike, has increased the number of his Special Assistants on Political Units from 28,000 to 50,000.

This was announced in a statement released by the governor’s spokesman, Kelvin Ebiri, on Thursday, October 13.

It should be recalled that on Wednesday, Governor Wike appointed 28,000 for various political units in the state. The appointee included 14,000 Special Advisers, as well as 319 Ward Liaison Officers and 40 Local Government Area Liaison Officers.