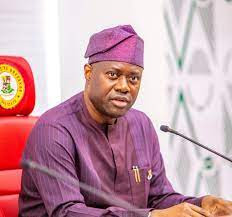 The Governor of Oyo state, Seyi Makinde has approved the use of Hijab by Muslims female students in public schools in the state.

This announcement was made via a statement issued by the Governor’s Special Assistant on Islamic Affairs, Abdulrasheed Abdazeez, to mark the 2022 World Hijab Day.

“Hijab is a covering which not only beautifies the wearer but also helps in advancing decency in the society. Muslim students who wish to wear hijab in public schools in Oyo State have not been denied their right to do so.

”I have instructed those in positions of authority in the state’s public service and across all our public schools not to intimidate or harass anyone because of their religious beliefs or practices.

“Our government is God-fearing and we will continue to preach religious tolerance, equality and justice, which will further engender peaceful coexistence, love and togetherness.

“As the theme of this year’s celebration suggests, hijab is the pride of every female Muslim and it remains sacrosanct,” he said.

2.3m Nigerians registered for COVID-19 vaccination in less than 24 hours,...