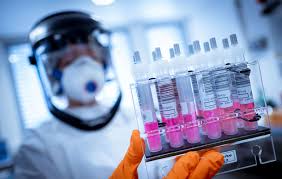 According to the Reuters tally which is based on official reports from individual countries, it has been reported on Monday, October 19, that worldwide coronavirus cases crossed 40 million.

It was gathered that the onset of winter in the northern hemisphere fuelled a resurgence in the spread of the disease.

Experts believe the true numbers of both cases and deaths are likely much higher, given deficiencies in testing and potential under-reporting by some countries.

The milestone was exceeded early on Monday, according to Johns Hopkins University, which collates reports on COVID-19 globally.

The private research university also confirmed more than 1.1 million deaths from the virus, although experts also believe that number is an undercount.

The Reuters data depicts the pace of the pandemic continues to rise. It took just 32 days to go from 30 million global cases to 40 million, compared with the 38 days it took to get from 20 to 30 million, the 44 days between 10 and 20 million, and the three months it took to reach 10 million cases from when the first cases were reported in Wuhan, China, in early January.

The United States, India, and Brazil remain the worst affected countries in the world. COVID-19 cases in North, Central, and South America represent about 47.27% or nearly half of global cases.

Since the pandemic started, over 1.1 million people have died due to COVID-19, with the global fatality rate bordering around 2.8% of the total cases.

An official at the World Health Organization has said the global death toll from COVID-19 could double to 2 million before a successful vaccine is widely used and could be even higher without concerted action to curb the pandemic.