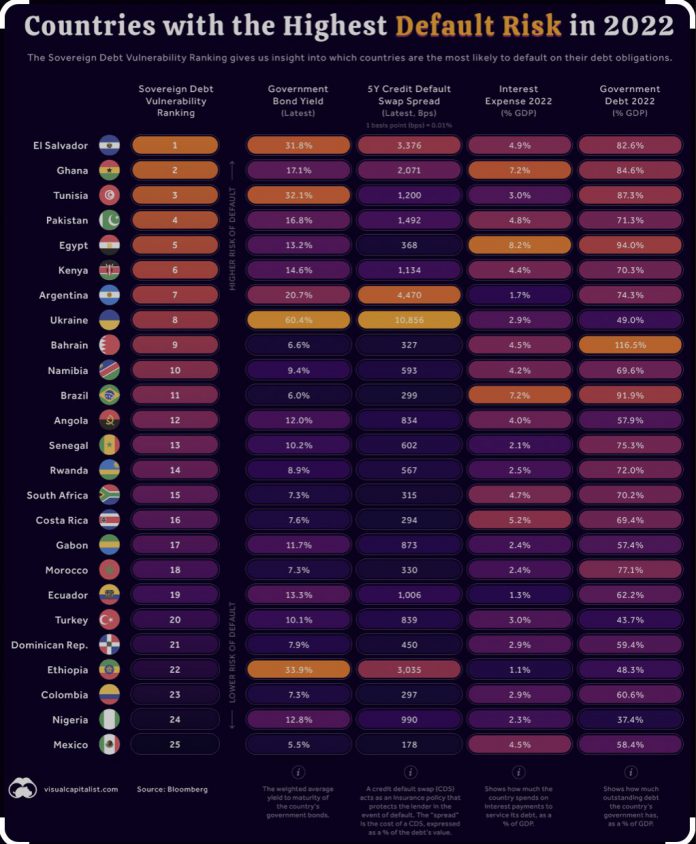 A Bloomberg report has revealed that Ghana is the 2nd among countries with the highest debt default risk in 2022.

It was gathered that Ghana’s debt to Gross Domestic Product (GDP), is estimated at 84.6% by the end of this year, meaning that the nation’s debt would have exceeded ¢400 billion by far before the end of 2022.

Meanwhile, the International Monetary Fund has revealed that more than 30% of emerging and developing countries are at or near debt distress, with 60% from developing economies.

Two more arrested for the murder of Collins Chabane mayor

Nine injured as train crushes truck and tricycle in Kano

Police arrest DCP Abba Kyari, 4 others over allegations of tampering...