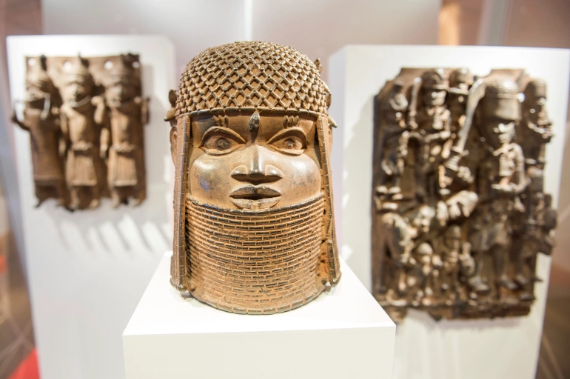 Germany plans to start returning the artefacts known as the Benin bronzes that are held in its museums to Nigeria from next year, according to authorities.

A colonial expedition by British soldiers seized thousands of metal castings and sculptures in 1897 during a raid on the Kingdom of Benin, then separate from British-ruled Nigeria.

The “bronzes” – actually copper alloy relief sculptures, many showing court figures – were auctioned off and then spread among institutions from New Zealand to Germany and the United States, with the biggest collection in London.

In recent years, calls have grown louder to return what was stolen, fuelled partly by a decolonisation movement sweeping across Europe.

“We are confronting our historic and moral responsibility,” German Culture Minister Monika Gruetters said in a joint statement issued with the foreign ministry and German museums late on Thursday.

“We want to contribute to a common understanding and reconciliation with the descendants of the people who were robbed of their cultural treasures during the times of colonialism,” Gruetters added, noting the first returns are planned for next year.

German Foreign Minister Heiko Maas, meanwhile, welcomed a deal reached with museums and authorities in Nigeria to work on a restitution plan for a “substantial” number of artefacts, calling it a “turning point in dealing with our colonial history”.

Last month, the University of Aberdeen in Scotland became one of the first public institutions to agree to the unconditional return of a plundered bronze.

The British Museum, which holds hundreds of the sculptures, has alongside several other museums formed a Benin Dialogue Group to discuss displaying them in Benin City, some officially on loan.

Plans are under way in Nigeria’s Edo state, of which Benin City is the capital, to build a centre to store and study the returned artefacts by the end of 2021, and a permanent museum by 2025.

The National Museum of Ireland is also working towards the return of stolen artefacts. The Church of England, which did not participate in the looting but was gifted two bronze busts in 1982, has also signalled it would repatriate them.

Though taken with a pinch of salt, such announcements are welcome in Nigeria, according to artist and historian Peju Layiwola.

For years, she has used her artwork to raise awareness of the bronzes, believing them to be irrefutable evidence of Benin City’s precolonial sophistication.

“You can tell by looking at the metalwork that it was a very developed civilisation, as it still is,” Layiwola, a descendent of the Benin royal family, told Al Jazeera earlier this month.

“The artists weren’t only skilled in their sculpting of the metal, but also in their understanding of aesthetics, in their ability to imbue cultural meanings; meanings that remain relevant today.”

Despite their deep cultural resonance, few modern-day Nigerians have seen a plundered bronze in person – the vast majority being stored overseas.

This, Layiwola said, deprives them of agency over their own history, hindering efforts to come to terms with an ugly colonial past.

“We were told that our culture was vulgar, that our religion was fetish, that we were pagans. So we must have some kind of reorientation, a new way of seeing African culture as a total culture – not one defined by others,” Layiwola added.

“Getting the bronzes back is key to that.”