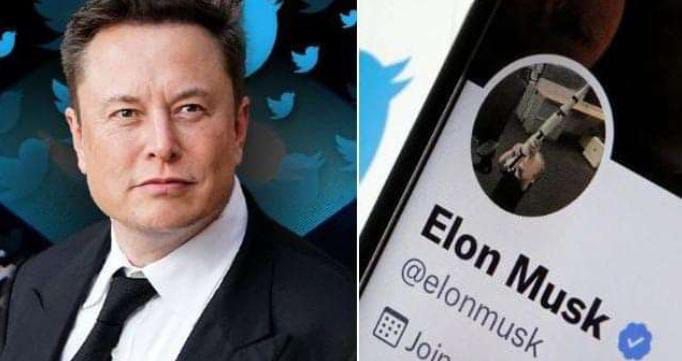 After many months of drama and controversies globally, one of the world richest men, CEO of TESLA motors, Elon Musk secured the deal of popular tech giant, Twitter.

A micro blogging platform which has turned to an avenue where people’s voice are being heard, politically entertainment, business and so more have been promoted through the help of Twitter.

But the recent emergence of Elon Musk as new CEO changed the atmosphere of the discussion and place the future of Twitter on risk.

However,He announced the big news on Twitter itself, Musk has changed his bio to read “Chief Twit” and declared “the bird is freed”. Job done, as far as he is concerned.

ELIMINATION OF STAFF’S CONTRACT: There has been no official confirmation as yet, and the silence from Twitter HQ so far has been rather deafening.

But perhaps there is nobody there to send that email – Mr Musk has reportedly already fired chief executive Parag Agrawal, chief financial officer Ned Segal, and legal and policy executive Vijaya Gadde, while chairman Bret Taylor’s LinkedIn profile suggests he is no longer at the firm either.

SPAM AND SUPPER HINT APP:
Mr Musk has raged against the amount of spam and bot accounts he believes litter the site – Twitter has always disputed his claims that its official figure is far too low. He could order a mass cull, although that would probably affect everybody’s all-important follower numbers, which could be an unpopular first move.

Perhaps his most intriguing hint so far is about his new company being the start of “X, the everything app”. He has never elaborated on that but many have suggested that he is referring to the creation of a kind of “super app” along the lines of China’s WeChat – a one-stop-shop for social media, messaging, finance, food orders – in a nutshell, everyday life admin.

VERIFICATION BADGE SAGA: The arrival of new Twitter CEO also made some new development which users have classified as “billionaire tampering on people’s opinion”

It all started as rumour resulting to a confirmed story how Musk planned to charge every blue badge owner with $8 monthly or lose the icon.

ABUSE OF FREEDOM: Uncensored freedom of speech is another risk facing the future of the tech giant. Elon musk promised to bring back freedom of expression, and will no longer take down any tweet or hold anyone accountable of their statement. “power must return back to the people” says Twitter CEO.

MASSIVE BOYCOTT: Global super stars and Twitter influencers have also threatened to delete their account if freedom of speech is not censored, Tony Braxton, Lesbron James all took to their page and decried over the new development of hate speech branded as freedom of speech.

Kenya loses one child to pneumonia every hour — Ministry of...