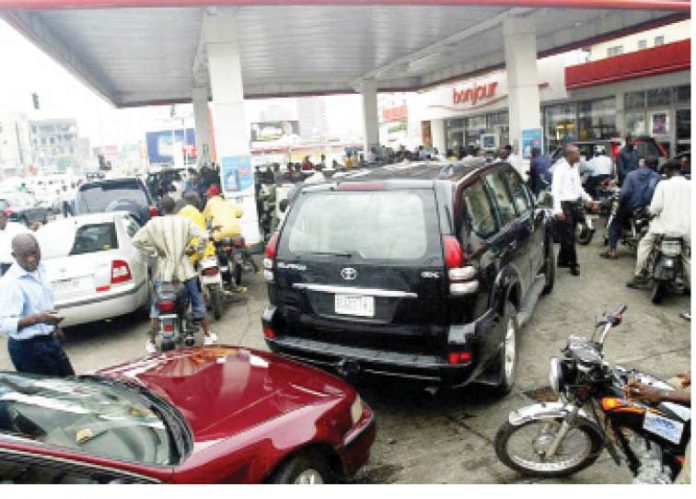 Over 50 filling stations have reportedly shut down in Kano as fuel scarcity looms in the state.

Fears over increase in the pump price of petrol which has been sold at N165 per litre has affected motorists and business operations in the state.

According to Daily Trust, over 50 filling stations from Wudil to Kano along Maiduguri federal highway had been shut with only six selling fuel.

A motorist who conveys passengers from Hotoro NNPC park to Wudil, Isah Mamman, said the issue of fuel scarcity is something that was created intentionally.

“Every year there will be fuel scarcity around November and December. Why is that so? Because the government wants to increase the fuel pump price so that at the end of the day after people suffer, they will not complain,” he said

However, the Group Managing Director, Nigerian National Petroleum Corporation (NNPC), Malam Mele Kyari dismissed the rumour regarding any shortage in the supply of fuel, stating that over 1.7 billion litres of petrol in stock and another 2.3bn litres coming.

Goodluck Jonathan gets appointed as Chancellor Of Cavendish University, Uganda