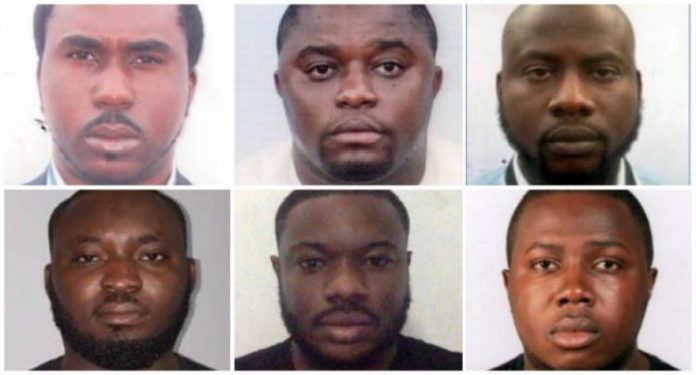 According to the FBI, these suspects engaged in business email compromise (BEC) schemes resulting in over $6 million in losses.

The bureau in a tweet said the six were part of an operation that sent mails to thousands of businesses in the United States requesting fraudulent wire transfer.

Nigeria has not made progress in 40 years – Sanusi Asserts