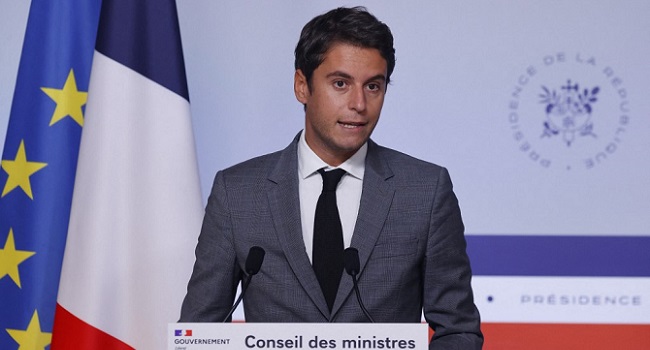 France on Tuesday announced that it would drastically reduce the number of visas granted to people from Algeria, Morocco and Tunisia, accusing the former French colonies of not doing enough to allow illegal immigrants to return.

“It’s a drastic decision, and unprecedented, but one made necessary by the fact that these countries are refusing to take back nationals who we do not want or cannot keep in France,” government spokesman, Gabriel Attal told Europe 1 radio.

When a French court denies a person’s visa request, authorities must still secure a special travel pass from his or her home country in order to forcibly expel them, a document that Paris says Algiers, Rabat and Tunis are refusing to provide.

“There was dialogue, then there were threats, and today we’re carrying out those threats,” Attal said.

“We’re hoping that the response will be more cooperation with France so that we can apply our immigration rules,” he said.

In reaction to this development, Morocco’s Foreign Minister Nasser Bourita condemned the move as “unjustified”, saying his country had carefully dealt with migrant issues to find a balance between allowing freedom of movement while clamping down on illegal migration.

“The decision (by France) is sovereign. Morocco will study it, but the reasons given to justify it require explanation and a dialogue, because they do not reflect reality,” he told reporters.

According to Europe 1, which cited administration figures, Macron has ordered the number of visa deliveries to Algeria and Morocco to be halved from 2020 levels, and by a third for Tunisia.

It said that in the case of Algeria, French courts had rejected 7,731 visa requests in the first six months of this year, yet because the travel passes had not been granted, only 22 individuals had been expelled from French territory.

For the next six months, Macron has capped visas for Algerians at 31,500, the report disclosed.

Marriage is not an achievement to be had in your 30s...