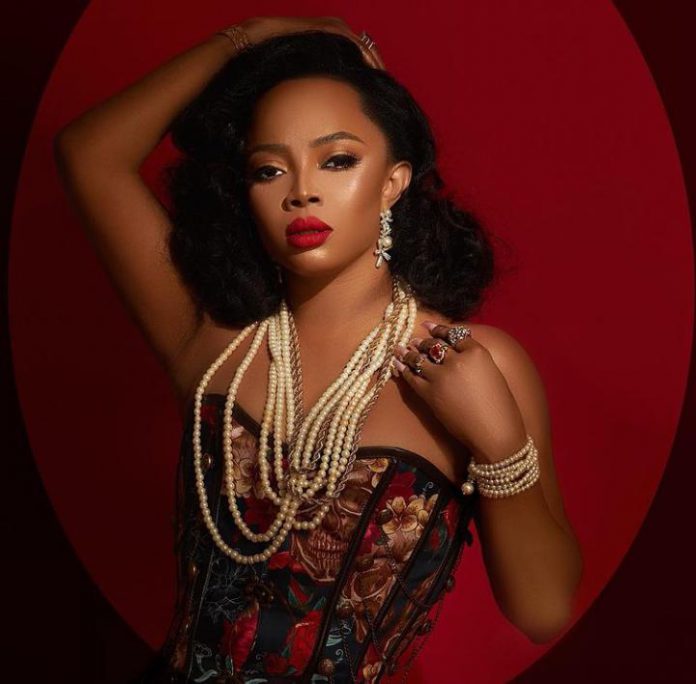 Nigeria media personality, Toke Makinwa has asserted that fornication is no respecter of gender.

The media personality stated that nobody’s sin should be judged based on their gender.

Toke, who shared her thoughts regarding this via her Twitter page explained that it is absurd that some people always say that women who go from dating one man to the other will have questions to answer when they get to heaven.

“The spirit of Patriarchy is so strong in Africa it makes me sick how can you say women who go from man to man will have questions to answer on judgment day, what of men who go from woman to woman? They’ll be welcomed into the pearly gates with open arms? Help me understand.”

“When it is a woman she is promiscuous, when it is a man, he is living it up. Fornication is no respecter of gender and you can’t judge someone cos you sin different or you are of a different gender.”