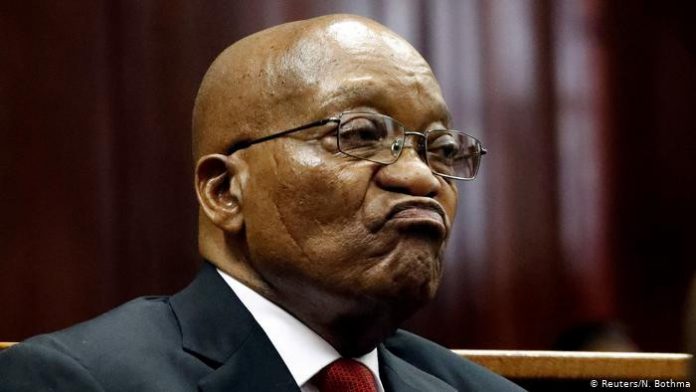 The former South African President, Jacob Zuma, has strongly criticized the judges who sentenced him to a 15-month jail term for defying a court order to appear before an inquiry probing wide-ranging allegations of corruption during his tenure from 2009 to 2018.

It should be recalled that Zuma was sentenced to 15 months in prison for contempt of court last week, making him the first former president be sentenced to prison.

Judge Sisi Khampepe, who delivered the judgment, said Zuma was found guilty of contempt of court following his refusal to appear before a graft panel.

Zuma, who wasn’t present for the ruling on Tuesday, June 29, was ordered by Judge Sisi Khampepe to hand himself over within five days to a police station in his hometown of Nkandla in KwaZulu-Natal province or in Johannesburg.

While speaking with newsmen at his home in Nklandla, where hundreds of his supporters were gathered to prevent his arrest, he said the Judge that gave him the jail term was like the white minority apartheid rulers he once fought.

“The fact that I was given a jail sentence without trial should be a cause for concern to all those who believe in freedom and the rule of law.

“South Africa is fast sliding back to apartheid rule. No honest person can accuse me of being against the rule of law,’’ Zuma said.