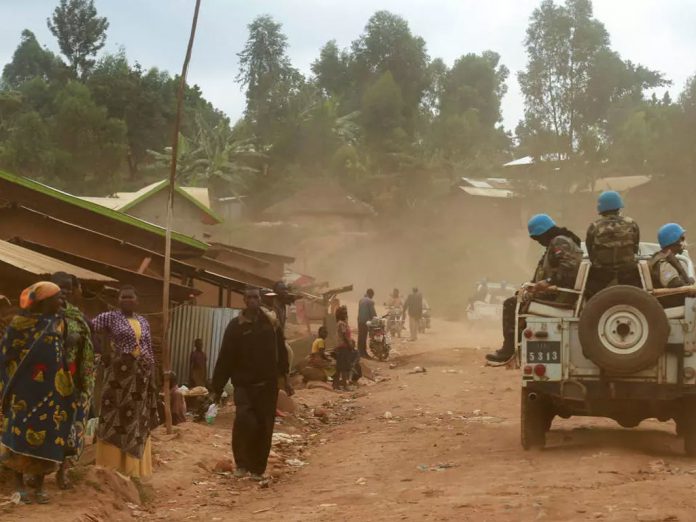 Rebels from the Allied Democratic Forces have murdered five people in the Democratic Republic of Congo, region of Beni.

According to local sources, the aforementioned notorious militia were blamed for hundreds of deaths.

Although, the Kivu Security Tracker and a local civil society official put the toll at five, Donat Kibwana, a top official in Beni said, “In the morning, five bodies were found in Mutuanga after an ADF attack at night. This afternoon the death toll rose to 11.”

During a weekend attack, twelve civilians and a soldier were killed and this evil act was blamed the ADF rebels who are also in an area of North Kivu near neighbouring Uganda dubbed the “Triangle of Death”.

Paluku Batoleni, a civil society official said the attack in Kibuana about 60 kilometres from the Ugandan border which took place at 8:00 pm (1800 GMT) on Wednesday.

The ADF has killed 570 civilians since the army launched a crackdown against them in November last year, according to experts.

The attacks are obviously forms of revenge for the army operation or designed to warn locals against collaborating with the army.

The militia, which originated in the 1990s as a Ugandan Muslim rebel group, is one of more than 100 armed groups that trouble the eastern provinces of the vast Democratic Republic of Congo.

However, some of the attacks have been claimed by the Islamic state since April last year.

Banditry: El-Rufai suggests carpet-bombing the forests and replanting the trees after