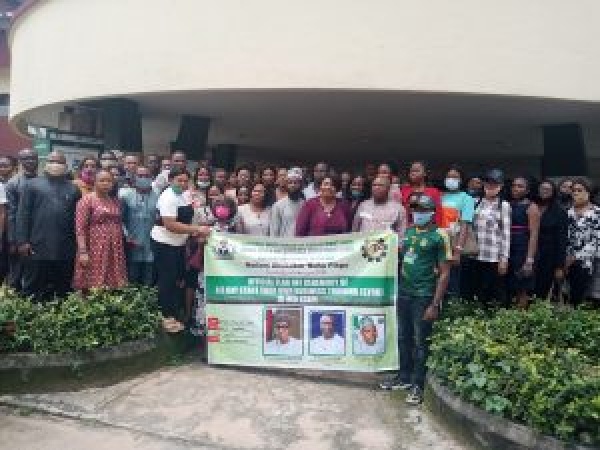 The Federal Government of Nigeria has commenced the training of 50 unemployed graduates in Imo, on viable skills for establishment of innovative businesses that make for self-reliance.

Director-General of the National Directorate of Employment (NDE), Mallam Abubakar Nuhu-Fikpo, stated this while inaugurating the Directorate’s Enterprise and Finance Counseling Clinic in Owerri on Tuesday.

Nuhu-Fikpo, who was represented by the NDE Coordinator in Imo, Mrs Ngozi Ihenacho, said that the clinic was aimed at increasing the enterprise establishment potentials of the trainees, beneficiaries.

He said that the training was specifically targeted at the 17 southern states of the federation, including states of the South-East, South-South and South-West geo-political zones.

He added that the five-day training, conducted by NDE’s Department of Small Scale Enterprises, would capture a total of 850 persons, 50 persons from each of the target states.

He called on the trainees to take advantage of the opportunity to arm themselves with skills capable of making them self-employed and establishing them as employers of labour.

“The Federal Government is interested in helping you, unemployed graduates in the country, come to terms with the realities of the labour market with a view to encouraging you to opt for self employment.

“We will help you to choose the type of business that fits your interests, skills and competencies with a view to properly conceptualising your chosen businesses into feasible business ideas,” he said.

Feminism led to increase in domestic violence in marriages – Pete...