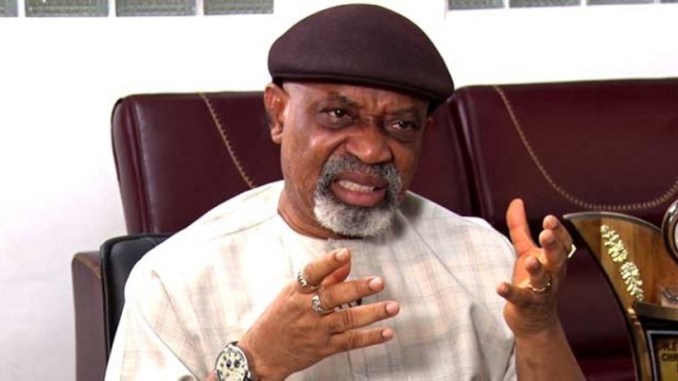 The Federal Government of Nigeria has stated that it is committed to creating an enabling environment for the generation of 21 million full time jobs and lift 35 million people out of poverty by 2025.

Minister of Labour and Employment, Dr Chris Ngige, said this at the inter-ministerial training workshop on boosting job creation held at the United Nations House in Abuja.

He explained that the federal, state, and local governments, as well as high net-worth individuals and corporate organisations had been given serious attention for job creation and as such had taken necessary actions needed to create decent jobs for the Nigerian workforce.

He stressed that the high rate of unemployment in the country could not be ignored as it was a major contributing factor to the increased insurgencies, agitations and other criminal activities manifesting in different parts of the country.

The minister, who was represented by Director of Labour, in the Employment and Wages Department of the Ministry, Mrs Gloria Ogifo, noted that the state of the economy would not stop governments’ programmes for job creation and the Federal Ministry of Labour and Employment in collaboration with its social partners and relevant stakeholders had taken immediate and more proactive approaches to creating jobs, empowering the youths, and increasing productivity.

According to a statement signed by the Head, Press and Public Relations, Olajide Oshundun, Ngige hoped that the workshop would help to navigate the paths for responsive actions that would bring about job creation.

Speaking at the workshop, the International Labour Organisation (ILO), Country Director, Vanessa Phala, affirmed that the ILO was pleased to be collaborating with the ministry to promote an enabling environment for the promotion of quality job creation through the implementation of the National Employment Policy.