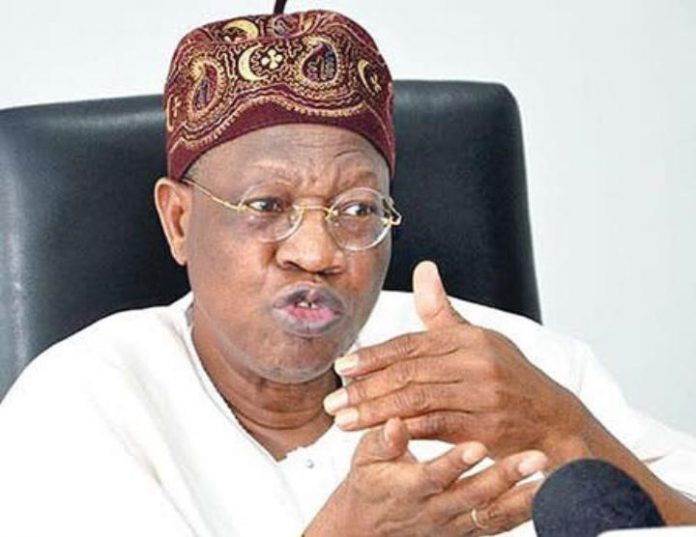 The Minister of Information and Culture, Lai Mohammed has lamented the high rate of fake news and misinformation that is being conveyed via social media, adding that, it is the biggest challenge facing Nigeria today.

Mohammed said: “The biggest challenge facing Nigeria today is fake news and misinformation. Based on that, we dedicated an entire National Council on Information’s meeting to that issue after which we launched a national campaign against fake news in July 2018.

“At the time, we said the next war will be fought without a shot being fired but with the use of fake news. We didn’t stop there. We went on a tour of all media houses to solicit their support in the fight against fake news.

“The recent #EndSARS war was fought on social media. They mobilised using social media. The war today revolves around two things. smartphones and data and these young men don’t even watch television or listen to the radio or read newspapers.

“You will be shocked that when you start arguing with your children, they will be quoting social media. So, we need a social media policy in Nigeria and we need to empower the various agencies and we need technology to be able to regulate the social media,” Mohammed explained.

Mohammed stated this when he appeared before the House of Representatives Committee on Finance to defend the ministry’s 2021 budget proposal.

He also warned that Nigeria was sitting on a keg of gunpowder if the issue of fake news was not urgently addressed.

He clarified that the government was not seeking to shut down social media space in the country because it has come to stay.

However, Mohammed emphasized the need to have a policy that regulates social media and check purveyors of fake news from misinforming Nigerians.

Allegations of illegal mining in Offin river being investigated –...