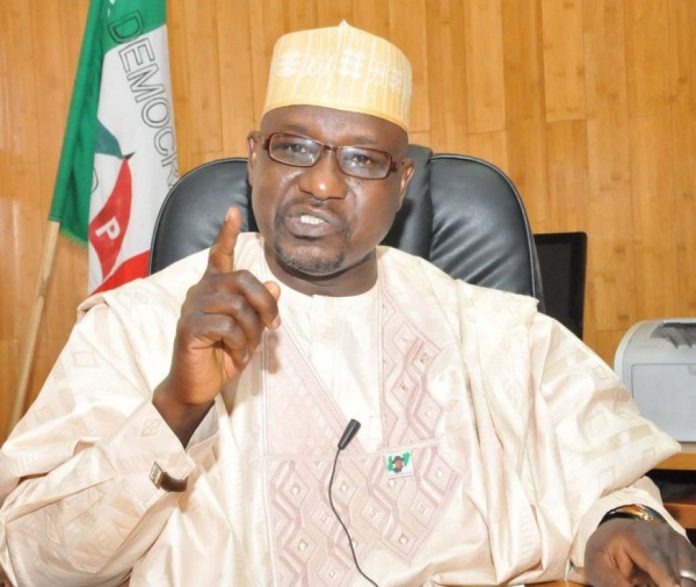 A former political adviser to ex-President Goodluck Jonathan, Barr. Ahmed Gulak has been shot dead by gunmen suspected to be members of the proscribed Indigenous People of Biafra (IPOB).

An intelligence officer told a security news platform PRNigeria that IPOB is behind the killing and the recent attacks on security personnel and their facilities in the South-East.

The officer said that they had intercepted communication and videos where the leader of Indigenous People of Biafra (IPOB), Nnamdi Kanu had threatened death to anyone who fails to observe his sit-at-home order from May 29 to May 31, 2021.

“Why should Nigeria and the media continue to dignify IPOB by claiming that its continuous atrocities against the security services and Nigerians are executed by unknown gunmen when we have arrested their members confessing their involvements,” the officer said

Kanu had in the video broadcast which was also monitored by PRNigeria had declared that the sit-at-home will commence 6 p.m. on Saturday till 6 p.m. on Monday.

He said the order is compulsory and must be obeyed by all the people in the region. He warned that anyone seen outside will be killed.

A chieftain of the Peoples Democratic Party (PDP) in Adamawa State and a personal friend of Gulak, Dr Umar Arɗo, confirmed the incident on Sunday.

“I just confirmed the sad and gruesome death of my friend and classmate, the former Hon. Speaker of the Adamawa State House of Assembly, former Senior Special Assistant to the Vice President and former Special Adviser Political to President Goodluck Jonathan, Barr. Ahmadu Ali Gulak.

“Barr Gulak was said to have been killed last night by unknown gunmen in Owerri, Imo State.

“May Allah (SWT) forgive his sins, bless his soul and reward his good deeds with Aljannah on the Day of Resurrection. May Allah (SWT) also give all his children, relatives, friends and loved ones, the fortitude to bear the irreparable loss. And may Allah (SWT) bless us with faithful deaths when it is our turn to die. Ameen.

“Please let all and sundry accept my heartfelt sympathy over this personal painful experience even as I draw solace that he lived a good, helpful and productive life, well illustrated by the fact that he died while in service of his dear country,” Ardo said.