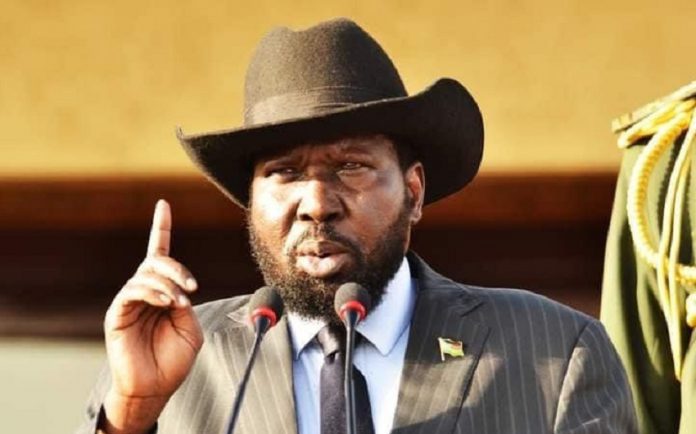 President Salva Kiir Mayardit has threatened to wear his military uniform and head to disarm civilians by himself stating that it is the “only solution” to bring peace to the nation which has been married by ethnic violence despite peace deal that has reduced political violence.

The president said this during the swearing in ceremony of the ruling SPLM faction secretary-general Peter Lam Both at the SPLM House in Juba on Tuesday morning.

In his speech, Kiir lamented the killing of three foreigners in Akon village where they were building a house for the president and said the incident has brought upon him shame.

“This has now brought me shame because people now do not fear to kill. President (Nelson) Mandela used to say that he had all the power people aspire for but asked what he would do with it,” the president lamented.

“I have the same predicament because I have powers but do not know what to do with them and as a result, the Juba Central Prison and other prisons are now overcrowded with people who have committed crimes that qualify them to hang,” he added.

“I am going to get a tent and go with the army, and camp and surround places where people are armed and disarm them,” Kiir said.

Chadian lady arrested at Abuja airport with 234 grams of heroin...