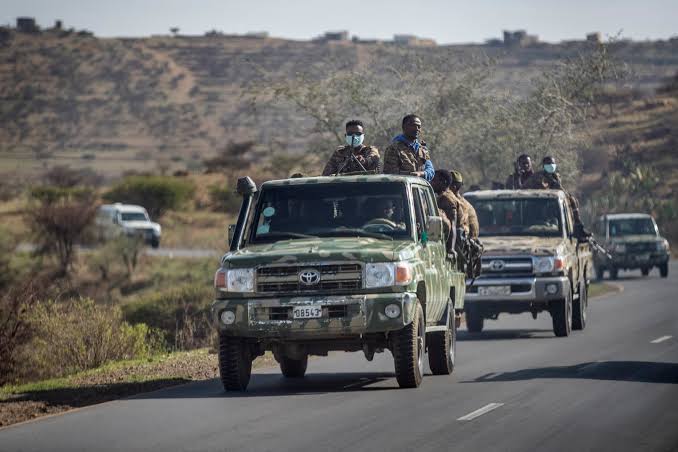 Ethiopia has declared a national state of emergency on Tuesday as Tigray forces threaten to move on the capital.

United States said security has “deteriorated significantly,” and it strongly warned its citizens to consider leaving.

The emergency declaration by Ethiopia’s Council of Ministers was the clearest sign of alarm yet from the government of Prime Minister Abiy Ahmed, who a year ago this week allowed soldiers from a neighboring country to invade the Tigray region and pursue the Tigray forces alongside Ethiopian troops. Thousands of people have been killed since then.

The U.S. has warned the Tigray forces, who long dominated the national government before Abiy took office, against any attempt to “besiege” the capital, Addis Ababa, after seizing control in recent days of the strategic cities of Dessie and Kombolcha. That positions them to move down a major highway toward the capital.

The state of emergency takes effect immediately and will last for six months. The government can impose a curfew, order citizens into military training, disrupt transport services and travel, suspend licenses of media outlets and detain indefinitely anyone suspected of having links with a terrorist group.

Such actions would be implemented by law. Ethiopian lawmakers are expected to convene within 48 hours.

Meanwhile, the Addis Ababa security bureau told residents that anyone with a firearm should register it now, and it warned that searches of homes and businesses would be carried out to ensure the city’s peace.

The United Nations expressed extreme concern at the latest events, warning that “the stability of Ethiopia and the wider region is at stake” and again calling for an immediate cease-fire.

Meanwhile, the Tigray forces stated that they are pressuring Ethiopia’s government to lift a deadly months-long blockade on their region of around 6 million people, where basic services have been cut off and humanitarian food and medical aid are denied.

This is “perhaps the most egregious humanitarian obstruction in the world,” a senior official with the U.S. Agency for International Development told The Associated Press on Tuesday. “We’re seeing a campaign of systematic, bureaucratic obstruction blocking assistance into areas occupied by (the Tigray forces)” affecting not just Tigray but areas in the neighboring Amhara and Afar regions now held by the Tigray fighters, the official said.

ADDRESS BY HIS EXCELLENCY, MUHAMMADU BUHARI