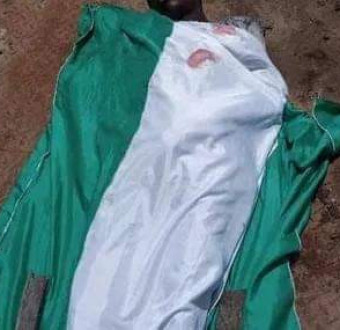 An unknown 13- year old protester was said to have died in Sapele, Delta State after nursing injuries which he sustained after falling off a moving interstate truck.

It was reported that the teenager had joined the large group of youths demonstrating against police brutality and extrajudicial killings in Sapele when the incident happened on Monday.

An eyewitness, who pleaded anonymity, revealed that the boy jumped on a moving truck that was heading outside the town but fell off the truck.

“Before we could rush him to the clinic, he died,” the source explained.

The corpse of the young boy was thereafter wrapped in a cloth with the colours of the Nigerian flag and placed on the truck at the Amukpe area of Sapele.

We will Sue Northern Governors, NASS over Social Media Bill –...