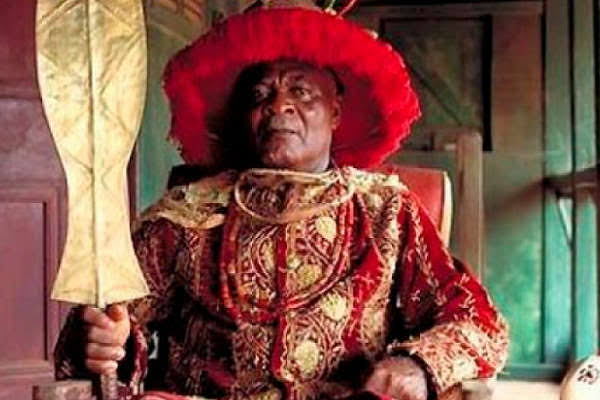 It was encomium galore as Nnewi indigenes in Abuja came out en masse to celebrate one of Nigeria’s most revered traditional rulers, Igwe Kenneth Orizu III, after his one-week working visit to the Federal Capital Territory (FCT)Abuja.

Igwe Orizu III who had on Friday, August 7th,2021 been subjected to a rousing airport reception by the indigenes of Nnewi who trouped out in their large numbers to welcome him.

From the Nnamdi Azikiwe International Airport, the Igwe was hosted to a lavish lunch at the Ibeto Hotels in Abuja.

The climax of the visits was the well-attended dinner held at Ibeto Hotel on Friday, August 13, which had many prominent indigenes of the town which is known for producing several successful industrialists taking turns to eulogise the 96-year-old monarch.

The people of Nnewi, joined at the dinner by friends, associates and admirers of Igwe Orizu, who ascended the throne in 1963 took turns to describe the monarch in glowing terms.

For them, the Igwe has played and continues to play a pivotal role in Nnewi’s rapid development, even as he continues to serve as a rallying point for all his subjects.

Igwe Orizu III who adhered to the informal setting of the dinner only spoke when it was time for the traditional breaking of the kola nut. In his humble manner, the traditional ruler ascribed the phenomenal growth of his town to God.

According to him, God chose to bless the people of Nnewi thereby making them successful anywhere they are found.

The monarch whose subjects love to hail as a godly man called on all Nnewi indigenes to love each other as it is key to sustaining peace, which is needed for the continued development of their town.

After his short admonition and prayer for his people to continually prosper and enjoy longevity as he has done, Igwe Orizu broke the kola nut to the applause of guests.

Speaking to journalists at the event, top Abuja lawyer and indigene of Nnewi, Mazi Afam Osigwe (SAN). described the king of his hometown as a role model for effective leadership.

“Igwe’s reign has brought peace and prosperity to Nnewi town. He has fostered unity among the people.

“He ensured that disputes affecting the people from the town and those who live and carry out business in our town is amicably settled. We have not had any crisis or dispute that needed the intervention of the police or the army.

“He has done enough to bring prosperity to his people and this is why the teaming members of his town resident here in Abuja trooped out today to honour him in the course of his visit to the FCT”, Osigwe said.

The respected technocrat opined that the Igwe has always led by example.

He said: “A good leader leads by example, Igwe Kenneth Orizu, had led Nnewi very well. He is a very humble man. We respect him very much and this is why most of us are here today”.

“Igwe Orizu means a lot to Nnewi people, Anambra State and the Igbo nation as a whole. He is one of the longest-serving monarchs in Africa.

“He was enthroned in 1963, meaning that he has spent about 58 years on the throne. In this length of time, Nnewi as a community has experienced tremendous growth.

“Despite the civil war that ended 60 years ago, Nnewi has recorded tremendous growth commercially, industrially and educationally under his royal guidance”, Azubogu stated.

The current president of the Nnewi Town Union Abuja chapter, Mr Ude Ikeotuonye, expressed joy at his people being able to honour their Igwe in the nation’s capital.

“At 96, Igwe is one of the oldest monarchs in Africa. He has been someone we all admire and look up to. Through the years he has handled issues, resolving problems without rancour.

“Through the years of his reign, Nnewi has come up. I don’t have to blow our trumpets because we all know how well the people of Nnewi are doing in politics, business, education and just about everything”, he said.

The event also had cultural displays even as guests were treated to sumptuous meals and the best of wine and spirits.