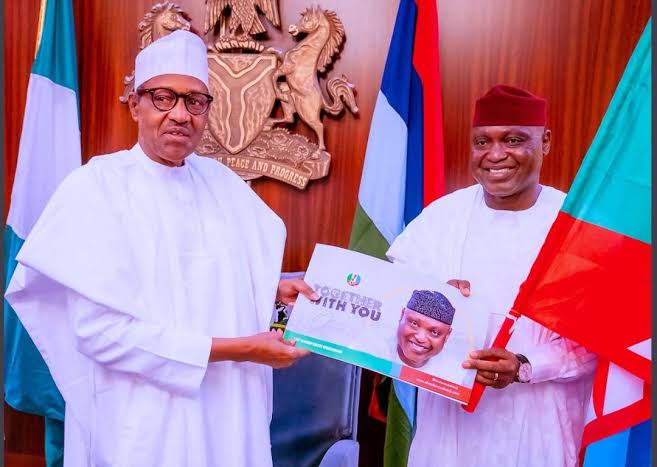 President Muhammadu Buhari has commended the governor-elect of Ekiti, Biodun Oyebanji, stating that his victory in an indication of the confidence Nigerians have in APC’s ability to deliver.

Oyebanji polled a total of 187,057 votes to defeat his two closest challengers, Segun Oni of the Social Democratic Party (SDP) and Bisi Kolawole of the People’s Democratic Party.

Congratulating Oyebanji over the big win, Buhari said it shows APC is widely accepted by Nigerians and is also well deserved considering Oyebanji’s contributions to the development of the State and the party, before his nomination as the standard bearer.

“This is a good beginning for you and your team. The APC is getting stronger and more united. The victory of our party in Ekiti is an indication of the confidence of Nigerians in the ability of our great party to deliver quality governance to all.”