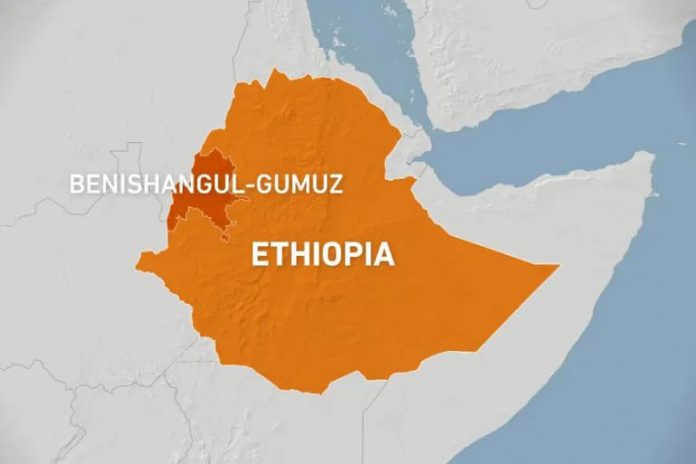 Ethiopian Human Rights Commission (EHRC) raised alarm over surge in attacks against civilians in the region.

It was gathered that at least 15 people have been killed in western Ethiopia by armed attackers.

Four of the victims in Friday’s pre-dawn assault in Benishangul-Gumuz region’s Metekel Zone were women, the EHRC said in a statement, expressing “deep alarm” over a “surge in attacks against civilians” in the area.

Daniel Bekele, the head of the EHRC said, “Civilians are being subjected to repeated attacks with unmitigated cruelty in Benishangul-Gumuz.”

“Federal and regional authorities should take the required steps to enforce the rule of law and bring perpetrators to account,” Bekele added.

The EHRC did not mention those behind the attacks.

It stated that the Ethiopian National Defense Force engaged in a shoot-out with fighters in the area and was able to restore tranquillity by Friday afternoon.

It also added that one person sustained non life-threatening wound.

The attack is a great security challenge for the government of Prime Minister Abiy Ahmed.

Abiy, who came to power in 2018, has executed reforms which have won him international commendation and also reduced the tensions between the country’s many ethnic groups.

Meanwhile, at least two instances of violence earlier this month in the same region bordering Sudan had resulted in the killing of civilians and forced at least 300 people out of their homes.

DJ Switch Reacts to the Insecurity in Nigeria