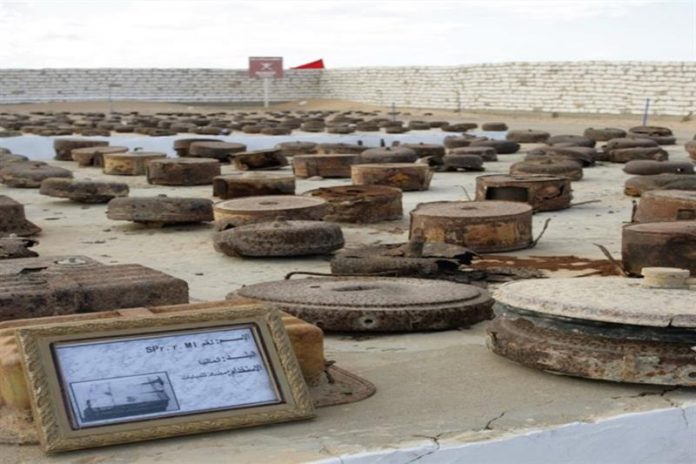 The Egyptian Armed Forces spokesperson, Gharib Abdel-Hafez revealed that 25 million landmines, explosive objects, and ammunition have been cleared from the country’s Western Desert in recent years.

It was gathered that the government has been able to undertake various urban and development projects in the areas where these remnants of war have been cleared.

These efforts reflect the Armed Forces keenness to provide security across Egypt and to enable the country push forward the development process and establish more urban projects, Abdel-Hafez said.

The mine clearance operation also includes the El-Alamein area, which paves the way for farming and housing projects as well as establishing important projects like the Dabaa nuclear plant.

Meanwhile, the Armed Forces has also cleared the area of Alamein city in northwestern Egypt, which has enabled the ministries of agriculture and housing to establish development projects.