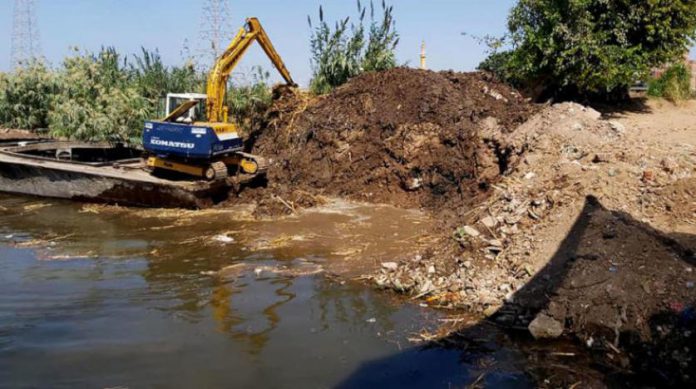 The Egyptian government has launched a national campaign to end illegal encroachments on the Nile River, as the country faces a shortage in its water resources.

Minister of Irrigation Mohamed Abdel Aty announced that the authorities have removed more than 58,000 violations over an area of ​​8.4 million square meters, in full coordination with the security agencies and the various state authorities.

In a meeting with the executive leaders, Abdel Aty stressed that the ministry is determined to address all forms of encroachments on the Nile River, waterways, and irrigation properties.

He affirmed that efforts would continue, and all concerned agencies are equipped with the necessary tools to implement the current removals.

They will take all necessary legal measures and refer the violators to the competent authorities.

The Minister stressed that the decisive response to these violations is a clear message to whoever attempts to commit any form of encroachment on waterways or irrigation properties.

He explained that the campaign aims to achieve good management, operation and maintenance of the water system and ensure that beneficiaries have access to their water needs.