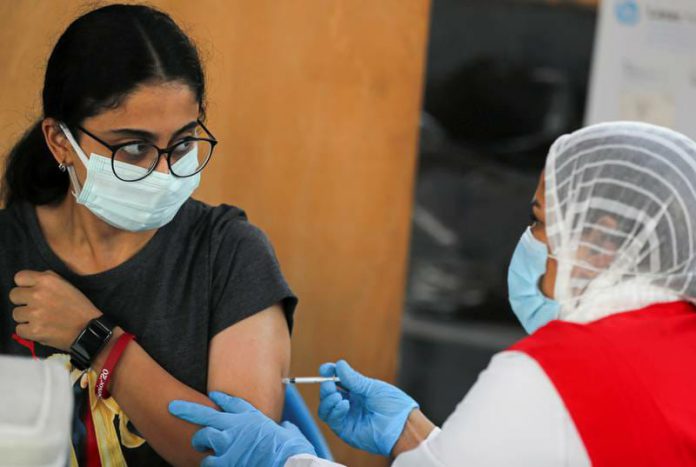 People aged 15 to 18 years old have now been given the chance to register for a Covid-19 jab in Egypt.

It was gathered that teenagers born in 2006 or later were able to register on the government website as of Tuesday evening, following a cabinet meeting earlier in the day.

Meanwhile, citizens were also urged to get vaccinated ahead of a November 15 deadline for university students and public sector employees.

A total of 8.25 million Pfizer doses have been received from the US through the Covax initiative since September.

According to reports, Egypt’s coronavirus cases have climbed to more than 900 a day in the past week, close to the peak of its previous three waves. It has reported a total of 331,968 cases and 18,711 deaths.

Prime Minister Mostafa Madbouly urged citizens to quickly get the vaccine. He said unvaccinated students will not be allowed to enter universities as of November 15.

Government employees who have not been vaccinated will also not be able to enter their place of work or will be subject to a PCR test every week, he said.

Dr Abdel Ghaffar, who has been tasked with the health minister role while Dr Hala Zayed recovers from a heart attack, said about 34 million vaccine doses are currently available.

The country has received 72 million doses and is expecting another 26 million.

He disclosed that the daily vaccination rate is 500,000 and the number of hospitals dedicated to Covid-19 treatment and isolation has reached 424.