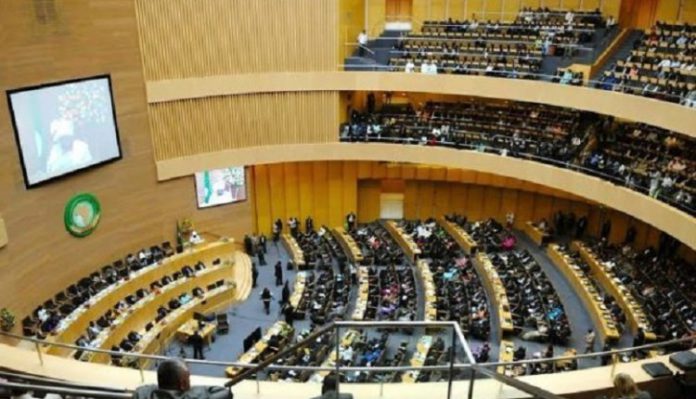 The Parliament of the Economic Community of West African States (ECOWAS) is to deliberate on the draft Community Budget for the Community Institutions during its 2021 second ordinary session, which is taking place in Abuja, Nigeria.

According to reports, the 2022 draft budget of the community is targeted at addressing the challenges facing the region.

The President of the Nigerian Senate, Ahmad Lawan, who declared the session open in Abuja, charged the regional parliamentarians to focus on the budget in addressing the issues of climate change, insecurity, trans-border crimes and banditry and ensure economic development of the region.

He said, “Our efforts to combat these crimes should not be limited to physical measures, but also the sharing of intelligence, coming from the processing of the information that applies to our nations”.

The session, which is tagged, “Budget Session” provides the opportunity, in accordance with the provisions of the Supplementary Act of the ECOWAS Parliament, mandates the regional Parliament to specifically ensure that estimates are directed towards programmes that address the needs of the people.

According to the ECOWAS Speaker, the current session, otherwise known as the “Budget Session”, provides the opportunity, in accordance with provisions of the Supplementary Act, for Parliament to consider the Community’s Budget.

Specifically, he said, ECOWAS Parliament is expected to ensure that the estimates are directed towards programs that address the needs of the people.

He referred to Article 17.2a, which states that “after the consideration of the Budget by the Administration and Finance Committee (AFC), the report of the AFC on the Budget shall be presented to Parliament during the Parliamentary Budget Session.”

“It is also not enough that the budget surmounts the immediate threats brought upon us by COVID-19, it should also advance efforts to make progress on other fronts and priorities, which our region continues to value: democracy, rule of law, peace and conflict resolution, the fighagainst terrorism, poverty reduction and climate change,” according to Dr Tunis.

“Peace in our region can only be consolidated and sustained if we bring development to the people.

Dr. Tunis noted that “in the exercise of their oversight responsibility as enshrined in the supplementary Act, the Community Parliament will seek for greater accountability and transparency in the execution of the budget”.