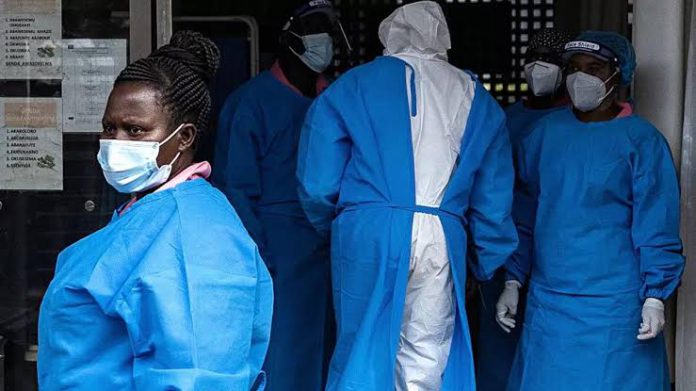 Ebola has reportedly killed another health worker as the country struggles to contain the spread of the virus.

“It’s too sad to lose such important people in the community”, she lamented.

Dr Walugembe, a laboratory technician at Mubende Regional Referral Hospital and a proprietor of Life Care Medical Clinic in Kirungi South Division in Mubende municipality is the fifth health worker to die from Ebola since the latest outbreak in Uganda was confirmed on September 20.

On October 10, the Mubende Ebola task force together with a health surveillance team closed Dr Walugembe’s clinic over attending to a woman who later died from his clinic with signs and symptoms of Ebola.

Dr Walugembe was also picked from his clinic on Monday and later tested positive for Ebola. By the time of his death, he was receiving treatment from Mubende Regional Referral Hospital.

According to the World Health Organization (WHO), the case-fatality rate for the disease ranges from 25-90 percent.

Encomiums as indigenes of Nnewi in Abuja roll out drums for...